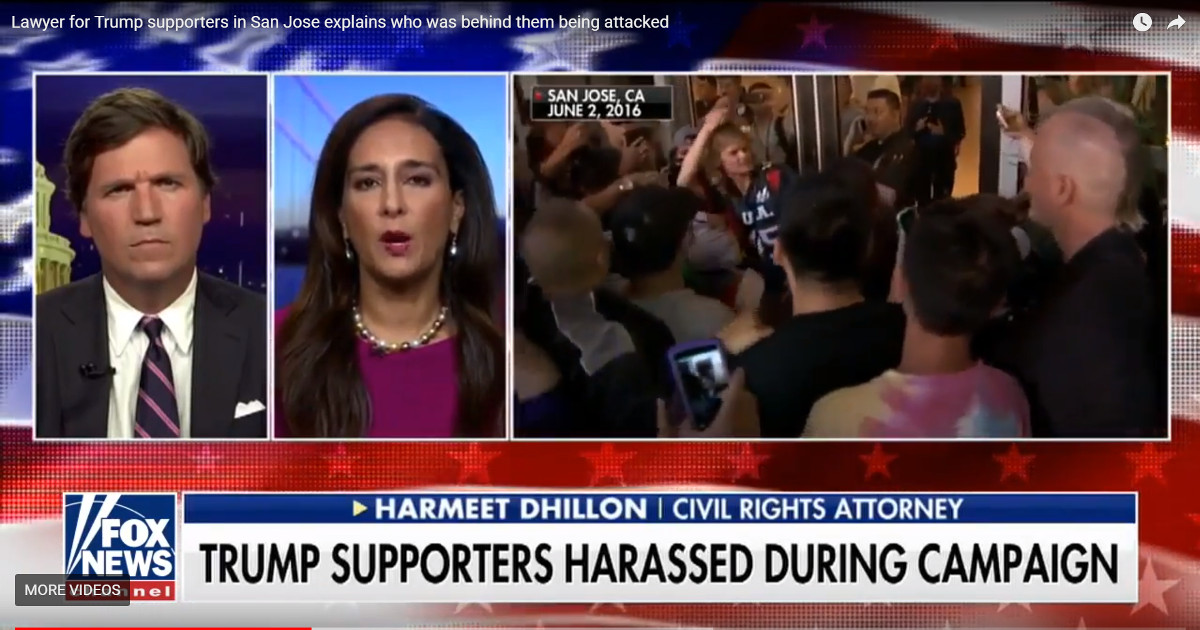 (Independent Sentinel) – Attorney Harmeet Dhillon represents 20 Trump supporters in a lawsuit against the San Jose Police Department. She told Tucker Carlson on his show Wednesday evening that the Trumps supporters were forced into the angry, violent crowd where they were beaten.

“As we were leaving, the 250 riot gear clad San Jose police were there on the scene, forced all of the people leaving to come out through one exit and directed them away from the most direct path to the garages and into a riot of several hundred anti-Trump violent types waving Mexican flags with large 6-foot poles and the eggs are just one part of it,” Dhillon stated, explaining the circumstances of the brawl.

A judge will allow the lawsuit to go through because it was so egregious. Attorney Dhillon said she believes the orders came from mayor Sam Liccardo and the chief of police, Eddie Garcia…

This happened before Portland, Oregon’s mayor was accused of ordering police to not respond to multiple 911 calls from ICE employees who were in fear after protests outside their offices turned violent. More and more Democratic politicians are turning to out right anarchy to push their socialist anti-American agenda.