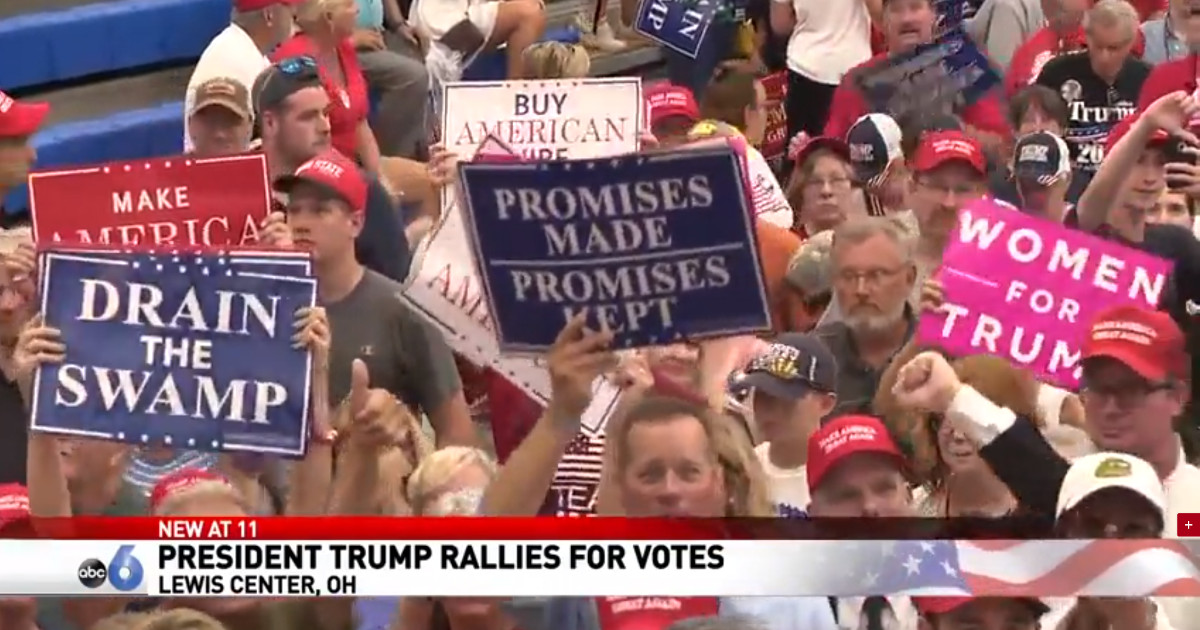 For months, all we’ve heard about is a blue wave where Democrats will sweep the midterm elections.

Democrats have been counting on taking the House and/or Senate away from Republicans.

As the year has progressed the huge blue tidal wave has been steadily diminishing.

Even liberal mainstream media outlets can’t help but report that there is a growing red tide of Republican support that is steadily killing off the Democrat’s blue wave.

This latest poll news is good for Republicans and causing concern and worry among many Democrats.

In several states, the polls indicate the Democrats may actually lost some of the seats in Congress they now hold, which would be a huge boost for President Donald Trump.

(The Washington Times) – The Republican Party has had a grim August, one filled with indictments, guilty pleas, courtroom convictions, gloomy prognosticators and a potential midterm disaster. So why are some party officials smiling? Polls.

The latest numbers in a handful of Senate races seem to indicate brighter prospects for Republican candidates against Democratic incumbents in the November midterm elections.

In New Jersey, the Republican nominee appears to have trimmed Sen. Robert Menendez’s lead in what seemed to be a long-shot race. In Wisconsin, where a primary just provided clarity on who will be on the ballot, the Republican appears to be rallying behind its pick in the race against Sen. Tammy Baldwin.

In Florida, where Gov. Rick Scott has held the Republican nomination for several months, he appears to have taken a slim but unmistakable lead over longtime incumbent Sen. Bill Nelson.

Just last week, a liberal admitted that Democrats may only pick up an additional 20 House seats, which would not be enough to take control, but it would narrow the margin to only a handful of seats.

However, following the tend that had been building for past 6 months, it may be doubtful if Democrats will even gain 20, let alone the 25 they need to take control of the House.

The Senate is already very tight, and Democrats have been hoping to steal some seats from Republicans, but they may also lose some seats, which could even things out or hurt Democrats the most.