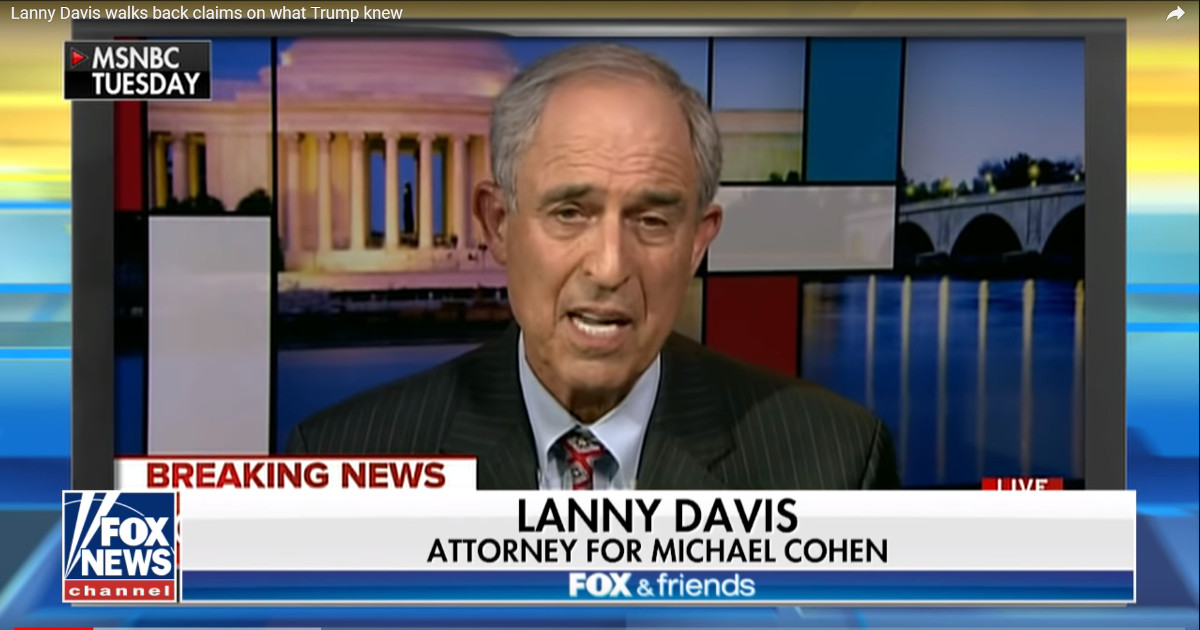 Washington lobbyist and attorney Lanny Davis was hired by Michael Cohen after it became known that Robert Mueller was targeting him.

When asked about Cohen having information that refuted President Donald Trump’s statement about not knowing about the Trump Tower meeting between Trump Jr. and a Russian attorney, Davis told CNN to that he couldn’t confirm that report and said they needed to check it out.

CNN understood Davis as confirming that Cohen had information that proved that Trump lied and ran with that story.

Davis afterwards, admitted to making a mistake, largely in talking to CNN to begin with.

After Davis admitted his mistake and re-emphasized that he could not confirm the accusation, CNN said they are sticking to their story.

(Fox News) – Lanny Davis, who has been engaged in high-stakes crisis management and political lawyering for decades, says he made a mistake.

CNN, which relied on Davis at least in part for a story he now says is false, won’t say it made a mistake.

And the contretemps contains a revealing look at the sausage-making of investigative reporting and the sometimes murky dance between reporters and their unnamed sources.

Davis, who I’ve found to be a straight shooter over a quarter century dating back to the Clinton scandals, told me in a telephone interview yesterday that he had made an error and regrets it.

“I should not be talking to reporters on background about something I’m not certain about,” Davis told me, describing his interactions with CNN reporters. “The combination of big stakes and a big mistake is a bad moment for me. If I had a redo in life, I wouldn’t have said anything about the subject.” …

What CNN did reminds me of a story I saw many years ago that basically stated that man beats horse.

The pubic went ballistic and began making threats to the man.

The real story was that in a 100-foot dash, the man outran the horse, as it takes horses longer to gain speed than people do.

By the time the truth came out, the damage was done and the man carried that stigma for many years.