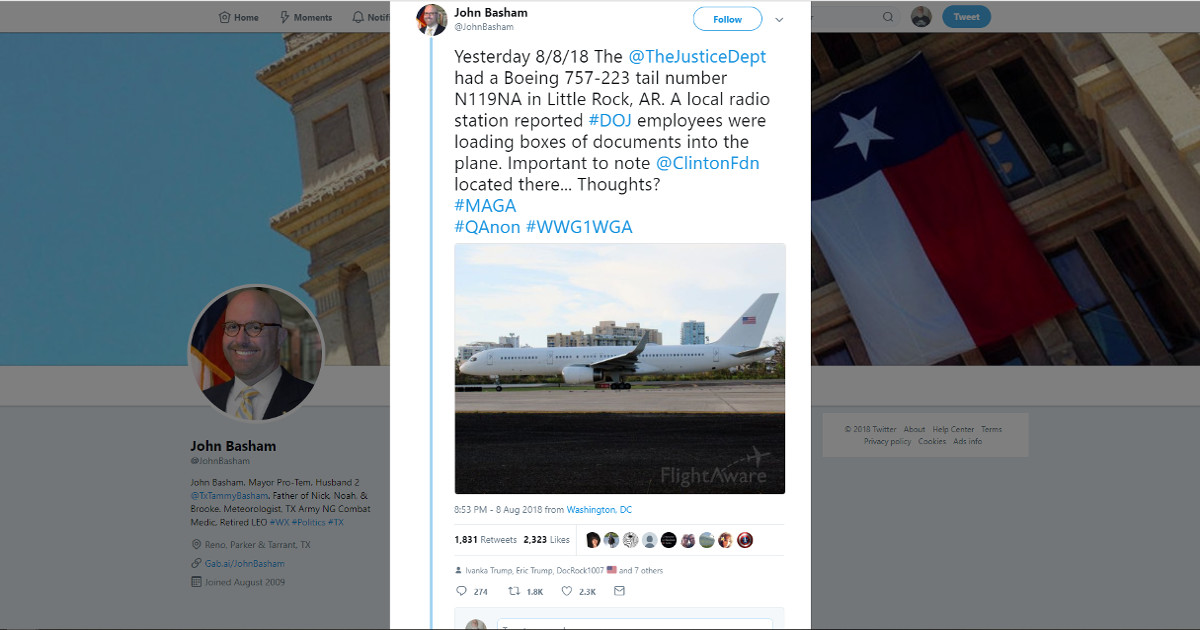 I had the opportunity to twice speak to a man who used to work on the Clinton security detail when Bill was still governor of Arkansas. He told me that it was no secret within the inner circles that the Clintons were dangerous criminals with a trail of missing or mysteriously killed people along with many shady and questionable business dealings. He also said that Hillary was the most dangerous. He lived in constant fear because of what he knew.

I’ve thought of this man many times in watching the many highly unethical and illegal actions of Hillary Clinton.

Reports have surfaced that that 2 flights have taken place in and out of Little Rock, Arkansas and that the FBI 757s have been filled with boxes of what is reported to be evidence.

(Constitution.com) – For years, the American people have been shouting “lock her up” in regard to former First Lady Hillary Clinton, and, according to the FBI’s latest intel gathering stunt, that day may actually be right around the corner.

Of course, we’ve heard all of this before, time and time again.  That is to be expected, somewhat, given the long and varied list of crimes that can already be tied to Hillary and the Clinton Foundation.  Everything from embezzlement of relief aid to the rigging of American elections has already been unearthed in the Clinton camp…can you imagine what you would find with access to the files that the Clintons keep in their Little Rock, Arkansas offices?

As a matter of fact, it looks as though that may be a reality sooner than we think.

A stealth DOJ flight into Little Rock and then back to Virginia has gone down TWICE this week,…

The most troublesome part of all this to me is that when Trump first announced that he was wanting to pick Jeff Sessions to be his Attorney General, Sessions was quoted as saying that he would not bring any charges against Hillary Clinton for any wrong doing. If, in fact, these FBI planes are filled with evidence concerning the Clintons and the Clinton Foundation, what action will Sessions take, if any?