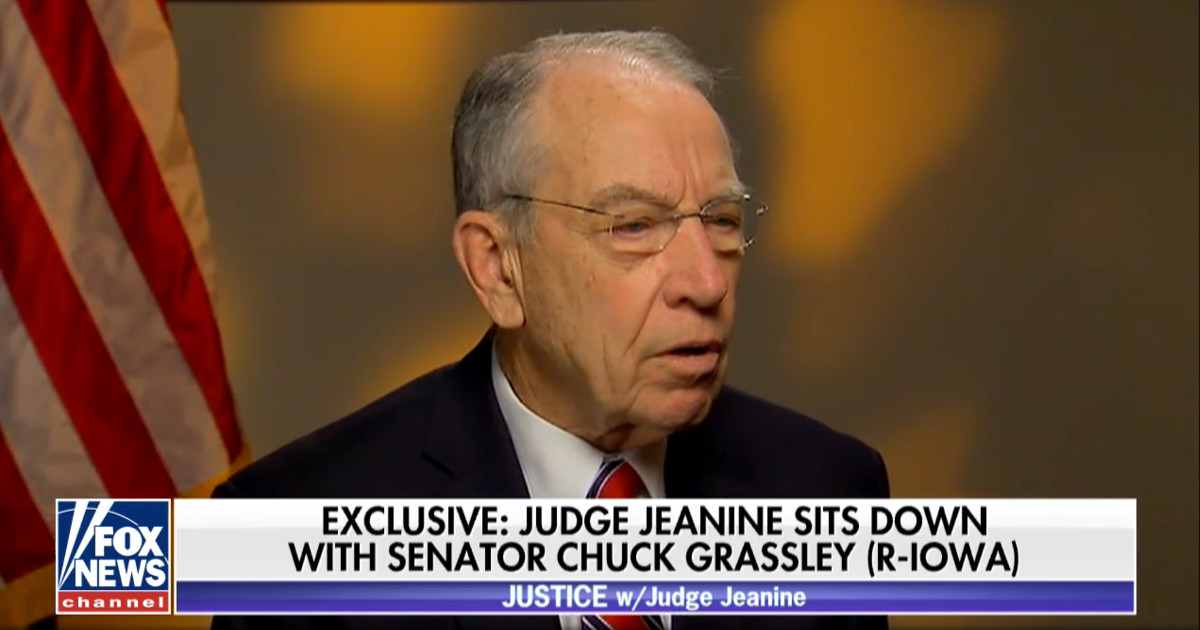 Former British spy Christopher Steele is credited with being the author of the infamous 35-page dossier on then presidential candidate Donald Trump. Parts of the dossier have since been proven to be false and we all learned that the Hillary Clinton Campaign and the Democratic National Committee paid around $12 million for the dossier, which was prepared by Fusion GPS, a firm with ties to Russia.

With many questions still surrounding the dossier, Sen. Chuck Grassley (R-84), Chairman of the Senate Judiciary Committee is demanding to see the video of the deposition given by Steele during legal proceedings in Great Britain as part of a litigation fight with a Russian tech guru.

(Fox News) – A key lawmaker has ratcheted up the pressure to obtain video of a deposition Christopher Steele, author of the infamous Trump dossier, gave in a U.K. legal proceeding that could shed light on events that led to the appointment of a special counsel to investigate President Trump.

One of the questions Grassley wants answered is who Steele was paid by to put together the dossier. At one time he was paid as a ‘confidential human source’ by Obama and Comey’s FBI at the same time he was working for Fusion GPS. In many investigations, they follow the money and that’s what Grassley is trying to do.