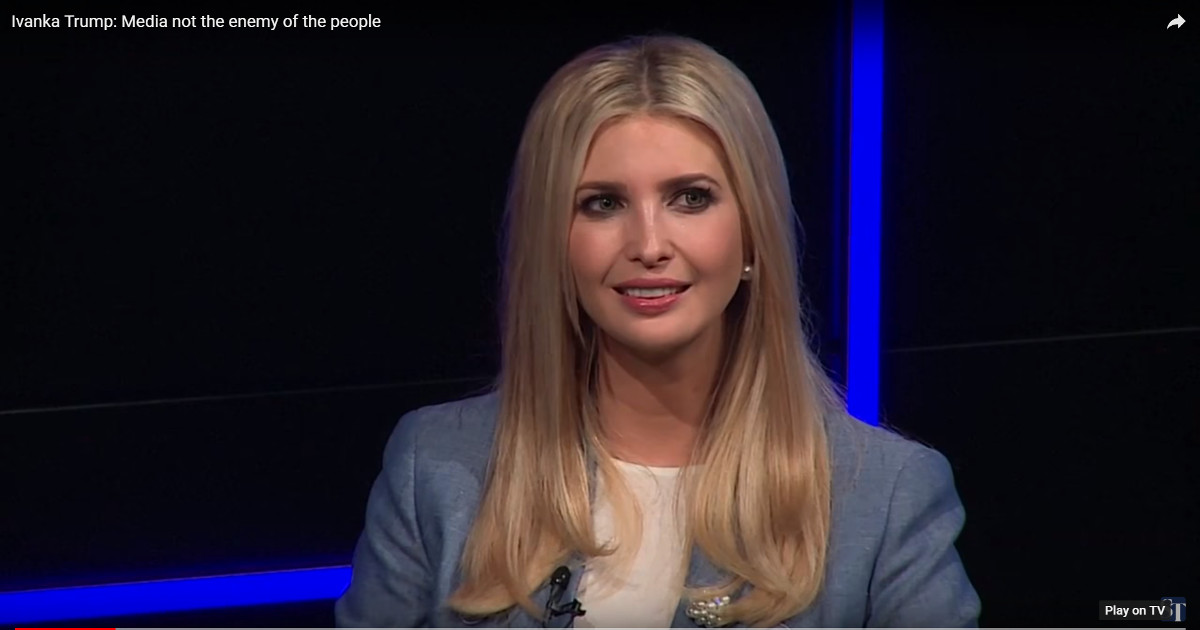 President Donald Trump has been the subject of more negative press coverage and more fake news stories by the media than any president in history. A recent report revealed that the media’s coverage on immigration has been 92% negative towards Trump.

Consequently, President Trump has repeatedly referred to the media as an enemy of the people.

First Daughter Ivanka Trump, has also been the subject of fake news stories, as have every member of the Trump of family.

However, Ivanka disagrees with her dad on the media being an enemy of the people, as she revealed in a recent interview.

(Constitution.com) – Not a single American should be shocked or in awe of someone who claims that Donald Trump is a controversial President.  In even the most academic sense of the word, that has to be true.

Some of this aura comes from the President’s life as a boisterous showman with the business acumen to back up his boldness.  Now, as Commander in Chief, he’s bringing a whole lot of the boardroom to the Oval Office, and that hasn’t exactly rubbed everyone the right way.

The D.C. Swamp, for instance, has felt their grubby establishment pockets lighten more than just a little with Trump in the West Wing.  They work for We The People, and the President was quite sure to remind them of that during his premiere State of the Union address…