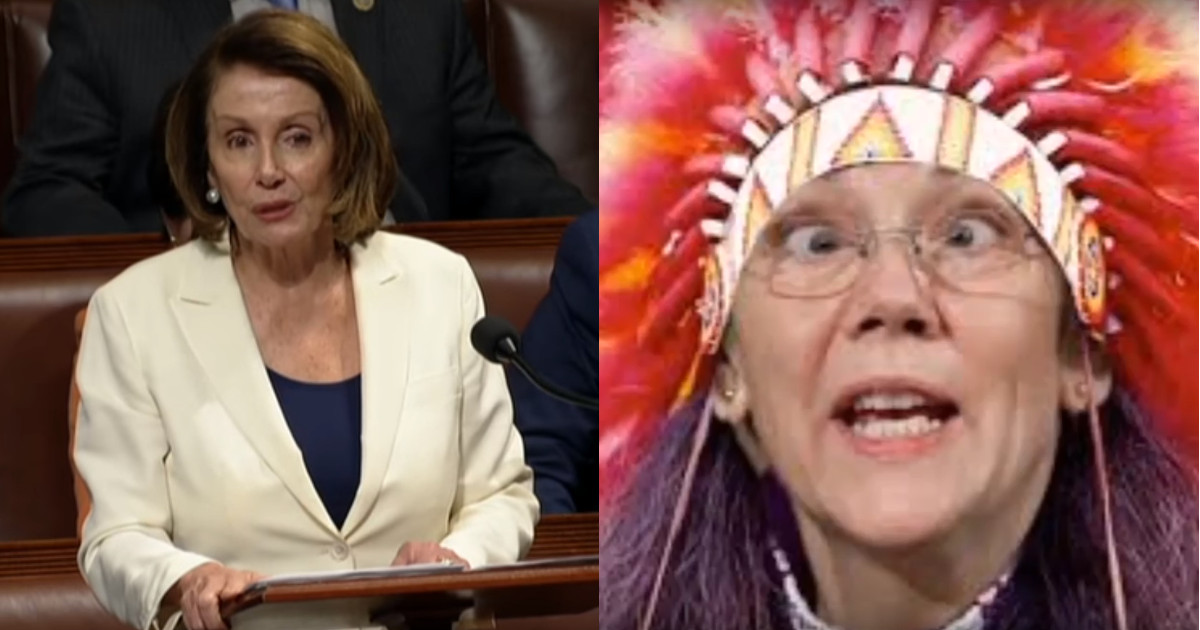 Elizabeth Warren used her alleged minority status to be accepted by Harvard and later hired by Harvard. When Elizabeth Warren first ran for the US Senate, she ran on a campaign claiming to be an American Indian (I refuse to use native American as I am a native American – born here – and haven’ ta drop of Indian blood in me). Her GOP opponent challenged Warren to prove her claim and she never has. She has been offered to take a DNA test, but refuses, which makes many believe she is lying about her past, much like Barack Obama lied about his.

While speaking in New Mexico for a Democrat running for Congress, House Minority Leader Nancy Pelosi said that if the Democrat is elected, she would be the first American Indian in the Congress. Many are taking this statement to be calling Warren a liar about her heritage.

(Constitution.com) – Nancy Pelosi hasn’t been having the best year, at least when it comes to speaking.

The aging House Minority Leader has been through a number of embarrassing mental slip-ups throughout the course of the last few months, leaving a great many Americans to wonder whether or not the longtime democratic force has seen enough of public service.

To be honest, it has been more than a little disheartening seeing the liberal left continue to trot the obviously unwell Pelosi out in front of the cameras time and again, only to witness the bumbling, incoherent mess that she has become.

Now, another semantic screwball from Pelosi has many wondering if there is a bit of a feud brewing within the democratic party, particularly as it pertains to Elizabeth Warren and her unverified claim to be of Native American descent...

I would love to see a law passed by Congress that requires every person running for a national office who makes claims about their heritage to provide factual evidence to support the claim. Obama never did and many still question his birthplace and heritage and many question Warren’s claim as well, as seemingly, does Pelosi.