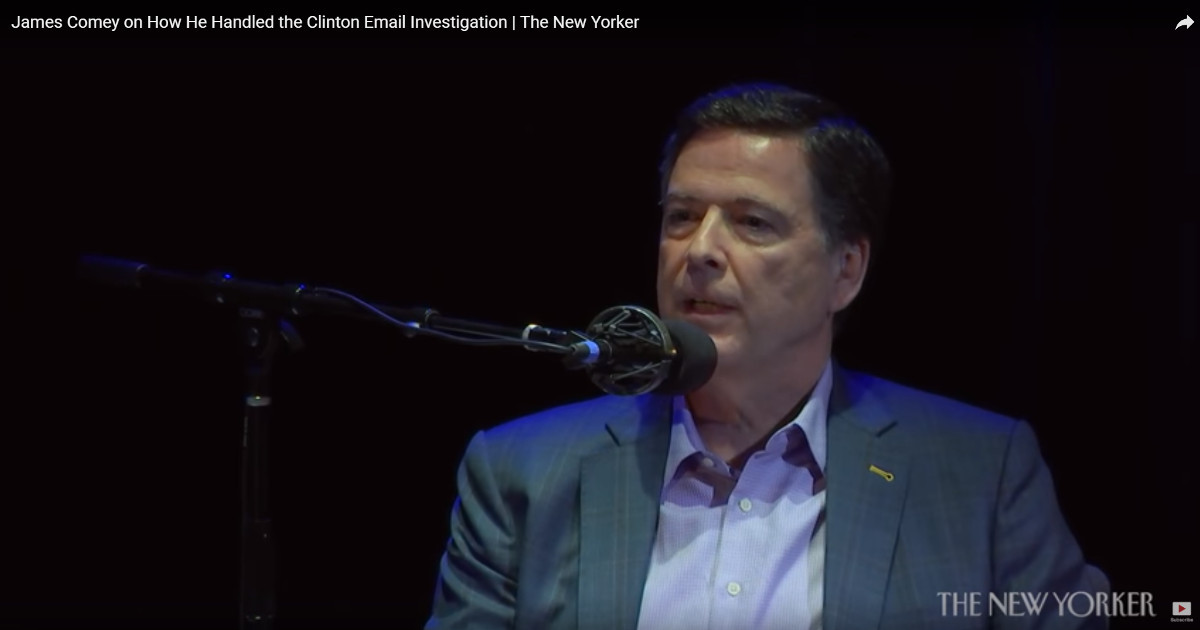 When James Comey was Director of the FBI, there was a great deal of questionable things going on in the FBI. Some of those things, such as the Hillary Clinton email investigation, Comey was directly involved and was key in letting her off the hook.

It was earlier reported that several watchdog groups filed a FOIA request to have Comey’s emails preserved, but the DOJ reportedly refused. Now a federal judge has ordered the DOJ/FBI to preserve Comey’s personal emails, but the question being asked is if those emails have been intentionally deleted to protect Comey from any incrimination?

(Constitution.com) – Thanks to the lofty, Trumpian goal of “draining the swamp”, we have gotten to know a lot of the more unsavory characters slithering around the beltway as of late, and James Comey certainly qualifies as one of the worst.

The former FBI director was on the President’s proverbial hit list early on, thanks to his incredibly disheartening bumbling of the Hillary Clinton private email server investigation, where it became apparent that a decision had been made not to charge then-Madame Secretary Clinton with any crime…even before Comey had even interviewed her.

This sent Americans into a rage, demanding that Trump and the GOP “lock her up”.

Now, even years later, the anger continues to seethe and James Comey may have just been put on notice by the Department of Justice...

I still contend that President Donald Trump should replace both Attorney General Jeff Sessions and Deputy Attorney General Rod Rosenstein with individuals who will uphold the law, ferret out all of the anti-Trump conspirators within the FBI and DOJ and who will prosecute the growing number of Democrats who have been involved in illegal activities, including Comey, Mueller, McCabe, Strzok, Page, Schiff, Clinton, Lynch, Holder and Obama, to name just a few.