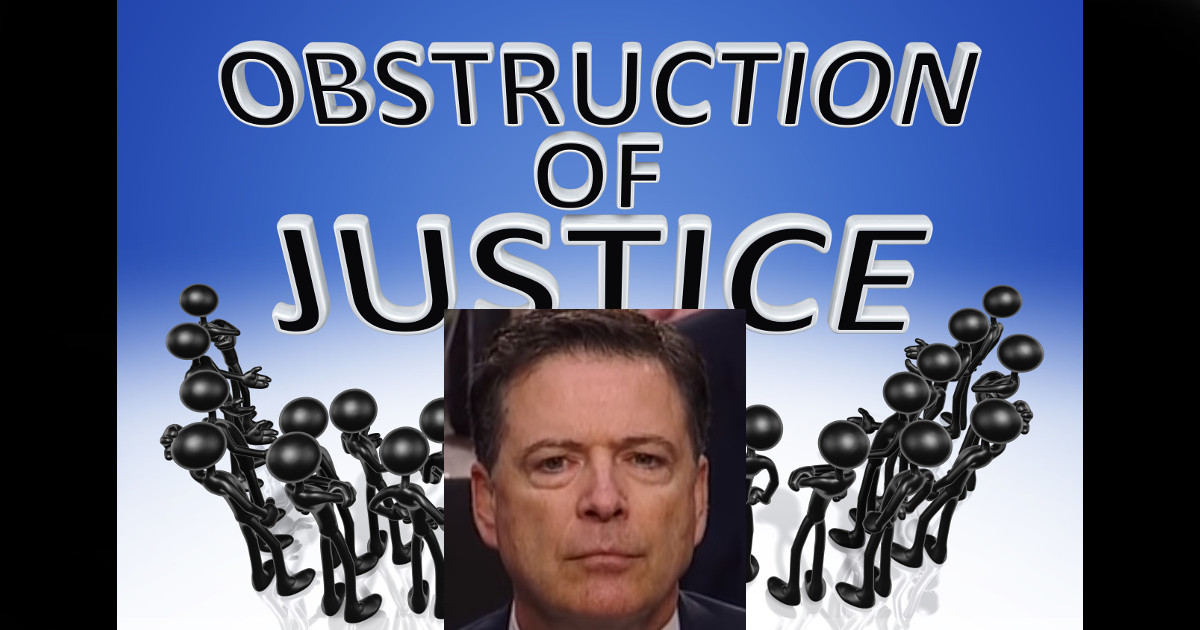 Democrats are still running around claiming that President Donald Trump’s firing of then FBI Director James Comey was nothing more than an attempt to obstruct justice in the Mueller investigation. Some even make the same claim with Attorney General Jeff Sessions’ firing of then FBI Deputy Director Andrew McCabe, even though he was caught red handed obstructing justice in the Hillary Clinton email investigation, in addition to his conflict of interest charge since Clinton supporters donated to his wife’s failed political campaign.

Now there are allegations surfacing that during the FBI investigation into Clinton’s email scandal that Comey intentionally deleted Barack Obama’s name so as to give Obama deniability and that he deleted evidence that foreigner entities had hacked her email server.

(Big League Politics) – Former FBI director James Comey is vulnerable to a possible obstruction of justice charge for his conduct in the Hillary Clinton email investigation. Comey deleted Barack Obama’s name from the Bureau’s report to conceal Obama’s knowledge of the illegal server, and also deleted evidence that Clinton’s emails were hacked by foreign adversaries.

Comey’s firing by President Donald Trump in 2017 is at the center of Comey’s friend Robert Mueller’s attempt to charge President Trump for obstruction of justice. Mueller previously announced that he would try to wrap up an obstruction case by September 11, having found no evidence of Trump-Russia collusion. Mueller will try to argue that Trump fired Comey because Comey was investigating General Flynn and the Russia case.

If these allegations against Comey are proven to be true, then Attorney General Jeff Sessions should definitely bring charges of obstruction of justice and tampering with evidence against Comey and anyone else involved. It’s time for the real culprits to start paying for their many crimes and end the senseless witch hunt of Trump.