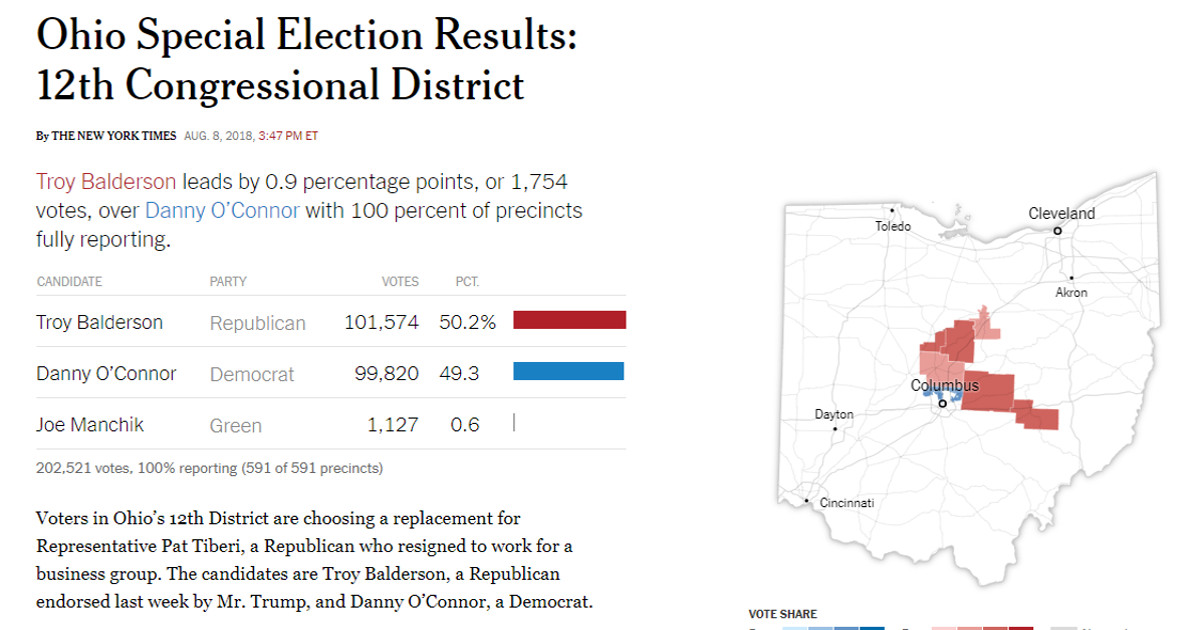 Whenever a new president takes office, he usually appoints a number of members of the House and Senate to key Cabinet and administration positions. This results in special elections to replace the vacated seats. Over the past year, there have been a few special elections and Democrats hoped to ride a tidal wave of public disapproval of Donald Trump to win many of those seats.

However, in most of these special elections, Republicans have managed to hang on to their coveted seats.

At the moment, the last special election that took place on Tuesday in Ohio’s 12th congressional district, the preliminary count has Republican Troy Balderson holding a small lead of less than 1,500 votes over his Democratic challenger.

Things are really, really close. But they are tight in lots of places.

Democrats have repeatedly transformed special elections in what are otherwise safe GOP districts into dogfights over the past year and a half. There was no reason the contest in Ohio should have been tight. Former Rep. Pat Tiberi, R-Ohio, long held the district.

Prior to that, Ohio Gov. John Kasich represented the district in Washington. But then again, Democrats have repeatedly put into play historically Republican districts in special elections.

Even in their losses, Democrats are claiming victory because they have narrowed the historic gaps between Republican victories and Democratic losses. What’s sad is that over $8 million was spent between the 2 candidates in Ohio for a term that only has 3 months left. Both will face each other in November for the next full congressional term.