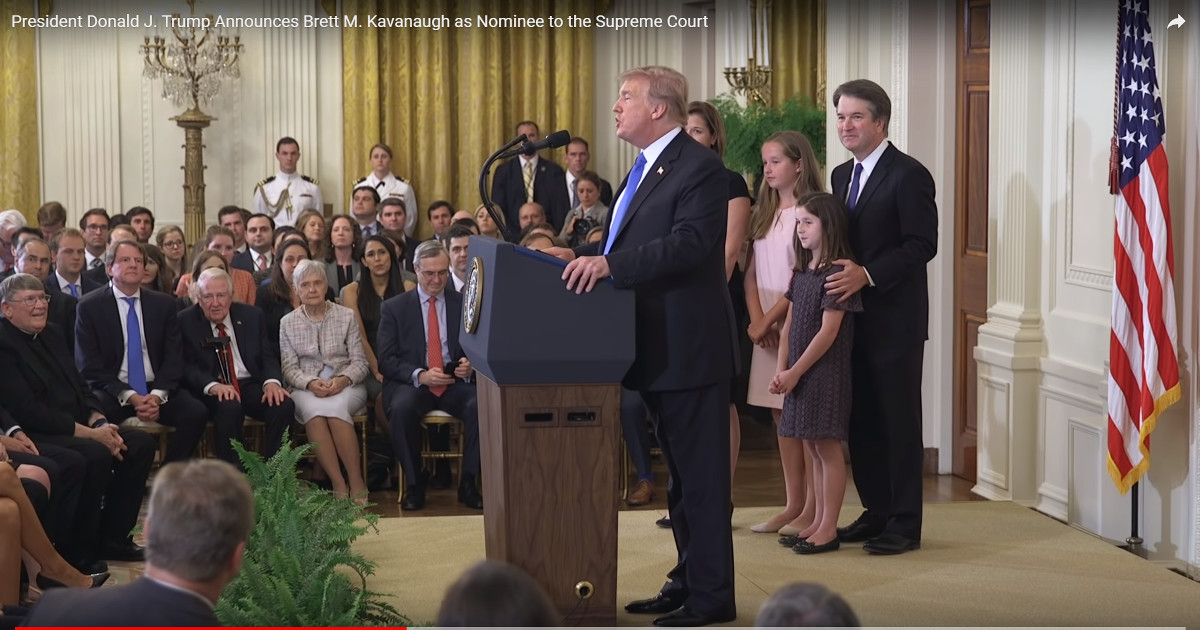 When President Donald Trump announced his nomination of Brett Kavanaugh to fill the seat of retiring Supreme Court Justice Anthony Kennedy, Democrats automatically were against Kavanaugh.

I recall hearing one Democrat on the news saying he was against Kavanaugh because Trump nominated him.

He also said he was against Kavanaugh because Kavanaugh was too constitutional and relied on the constitution to interpret law instead of taking into account current cultural changes.

Within a day of the convictions of Paul Manafort and Michael Cohen, Senate Democrats are calling for a postponement of all confirmation hearings on Kavanaugh, until after they see what happens with Trump.

Sen. Mazie Hirono, Hawaii Democrat, said she canceled a meeting with Judge Kavanaugh after the guilty verdict against former Trump campaign chairman Paul Manafort and guilty plea by former Trump lawyer Michael Cohen, saying they are black marks against the president — particularly after Mr. Cohen implicated the president in his plea, suggesting he was complicit in potential campaign finance violations.

She said Mr. Trump is now an “unindicted co-conspirator” and doesn’t deserve a hearing for his nominee to the high court.

“We cannot abandon common sense in this dangerous time in our democracy,” she said.

Ms. Hirono said Mr. Trump, “purposely selected [Judge Kavanaugh] to protect, as we say in Hawaii, his own okole.” …

Former Trump attorney Michael Cohen may have thrown Trump under the bus to save his own skin, but in doing so, he has literally brought most of congressional business to a standstill.

Too many members of the Senate and House want to wait on other pieces of legislation that were part of Trump’s agenda.

Suddenly, Trump has become like the plague in Congress and no one wants to be associated with him.