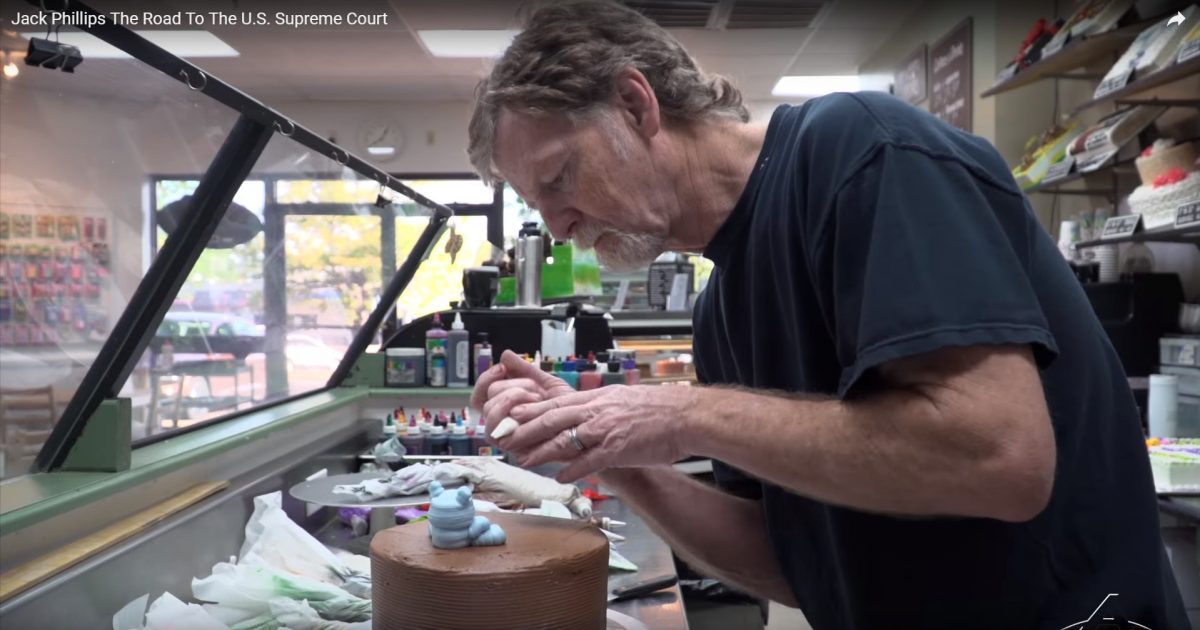 Jack Phillips made history when the US Supreme Court ruled in his favor as he appealed the decision of the Colorado Civil Rights Commission who said he as guilty of discrimination when he refused to provide a cake for a gay wedding. Phillips claimed that his cakes are works of art and that proving one for a same-sex wedding would violate his First Amendment right of freedom of religion.

Just as think all is good for Phillips, the Colorado Civil Rights Commission has once again targeted him. This time, they are accusing him of discrimination AGAIN, for turning away a request to provide one of his artwork cakes for a ‘gender transition’ celebration.

(Constitution.com) – The childish chess game being played by the liberal left and their media overlords reminds us more of a 5th grade social strategy than a functioning outlet for the will of the people.

In this game, professional trolls in the mainstream bait and entice American conservatives into a reaction, and then they report on that reaction with no context of the push it took to get there.  It’s “trolling” on a highly sophisticated, grand scale, and it works due to the overwhelming liberal majority in this particular age of media.

In the case of Jack Phillips, we find the blatant and absurd issue with this sort of political warfare.

Phillips is the baker famous for “refusing” to bake a wedding cake for  gay couple.  What you weren’t told about Phillips, however, is that his bakery doesn’t do custom wedding cakes, ever.  Period.  He turned away that couple just as he would have turned away a straight couple who were asking for customization.  This policy had been in place for years before the incident that made Phillips unfortunately famous…

Obviously, the Colorado Civil Rights Commission is composed of leftwing anti-Constitution Democrats who have decided to continue to go after Phillips in hopes that the legal fees alone will ruin him and put him out of business. It seems they are ignoring the Supreme Court ruling or, like Obama, choose to go against the Constitution anyway because of their agenda to rid America of Christian conservatives.