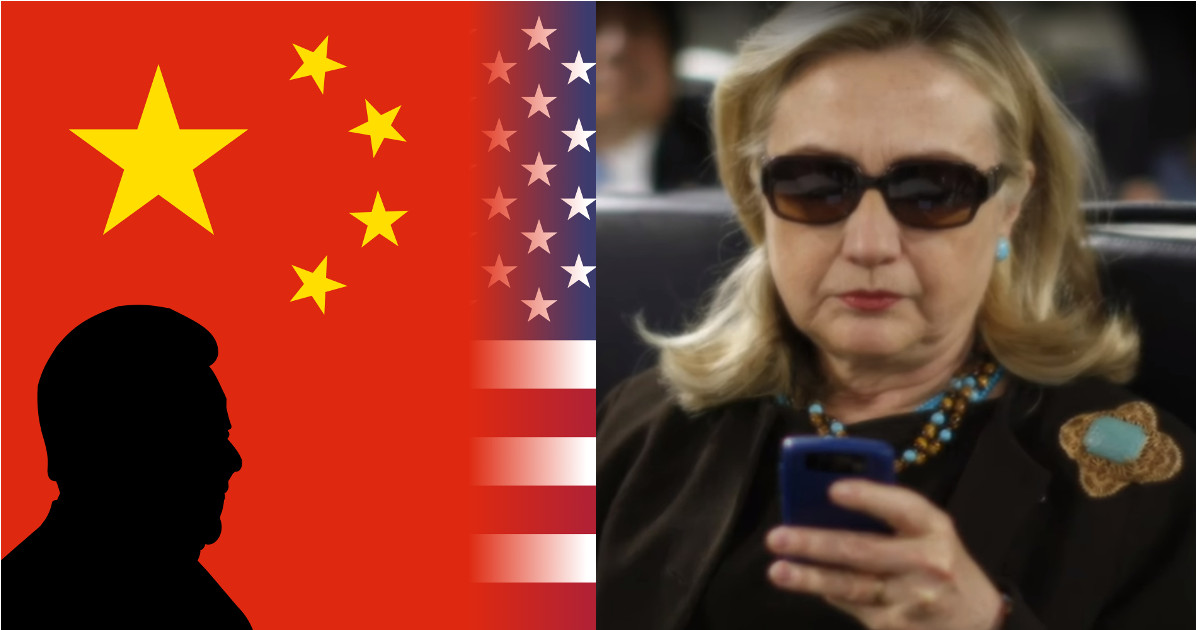 When Hillary Clinton was Secretary of State, she used a private unsecured server to send and receive official State Department emails.

When this info hit the media, Clinton immediately said that all of her emails had been somehow deleted.

However, tens of thousands of her emails were found.

Investigations into the recovered emails proved that she did send and receive classified information via her private email server.

It’s now being revealed that a company, fronting for the Chinese government had hacked Clinton’s server and subsequently had every email she sent and received in real time – at the same time Clinton sent and received them.

(Independent Sentinel) – According to a stunning report in the Daily Caller, a company fronting for the Chinese government hacked Hillary’s email server and had all the emails sent to them in real time.

That is to say that whenever Hillary sent or received an email, it also forwarded to the Chineses (sic) government.

The company operating in D.C. hacked her private server throughout her term as secretary of state. Two sources “briefed on the matter,” told The Daily Caller, the Chinese had almost all her emails.

The emails were obtained in real time thanks to a code the Chinese wrote and embedded in her server.

An Inspector General for the intelligence community found this breach and warned the FBI who appeared to have done nothing. The agent in charge at the FBI was Peter Strzok…

If this revelation is proven to be true, then Clinton surely should face some kind of legal ramification for placing classified and sensitive information in the hands of a foreign enemy due to her carelessness.

President Donald Trump needs to remove Sessions and replace him with someone who will do what’s right and fully investigate Hillary Clinton and her email scandal and indict her for any crimes she committed.