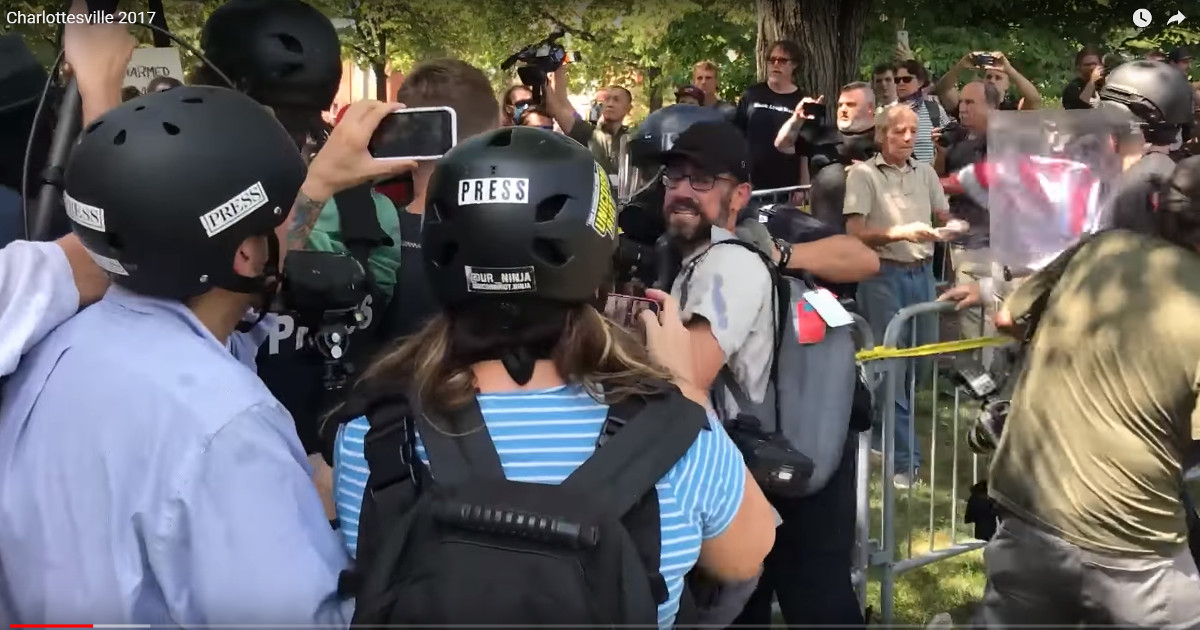 A year ago, a group of white supremacists held a peaceful rally in Charlottesville. It doesn’t matter if you agree or disagree with them (I do NOT share their white racist views), they had the constitutional right and legal permit to hold their rally. The rally was peaceful as they had promised city officials, until a group of leftwing activists known as Antifa intentionally charged into the white supremacists.

Charlottesville police, clad in riot gear, swarmed in to try to restore peace, but it took them over an hour to control the scene and separate the two groups.

The mainstream media instantly blamed the white supremacists for the violence and the death of the young woman. The media completely ignored the fact that it was their own leftwing political supporters who caused the violence.

For days, the news was filled with venomous reports blaming the white supremacists and then President Donald Trump had the gall to actually speak the truth and point out that it was the leftwing activists who started the violence, but put the blame on both groups. Trump NEVER said he stood with the white supremacists, but the mainstream media, Democrats and many RINOs instantly condemned Trump for his speaking the truth. They labeled him a white supremacist, a racist, a bigot and a hater.

It didn’t matter that Trump said he did not support the views of the white supremacists, he was branded as being one of them by the media and they continued to brand him as a racist for months after what took place in Charlottesville.

Like most leftwing liberals the media has no problem dismissing the constitutional rights of those that hold a different political view as they do. The media ignored that the white supremacists were exercising their First Amendment right to peacefully gather. Just as a refresher, here is what the First Amendment says with my emphasis added:

Congress shall make no law respecting an establishment of religion, or prohibiting the free exercise thereof; or abridging the freedom of speech, or of the press; or the right of the people peaceably to assemble, and to petition the Government for a redress of grievances.”

When the same leftwing activists gathered to protest and threaten more violence when conservative speakers like Ann Coulter were scheduled to speak at public universities, the media was quick to point out that the violent leftwing activists had the First Amendment right to gather and protest.

However, they were DEAD wrong! Read the First Amendment and where I put emphasis, note that it specifies peaceably, not violently. A year ago, in Charlottesville, who was gathered peaceably and who was gathered for violence? Yet, the media supported the violent faction and continues to do so.

As Charlottesville and the nation braced for the first anniversary of last year’s clash, the media is once again blaming ALL of the violence on the peaceful group while hailing the violent mob as being the good guys. The current media coverage is proving that the real villains of Charlottesville are NOT the white supremacists, NOT the violent leftwing counter-protesters, but the media itself.