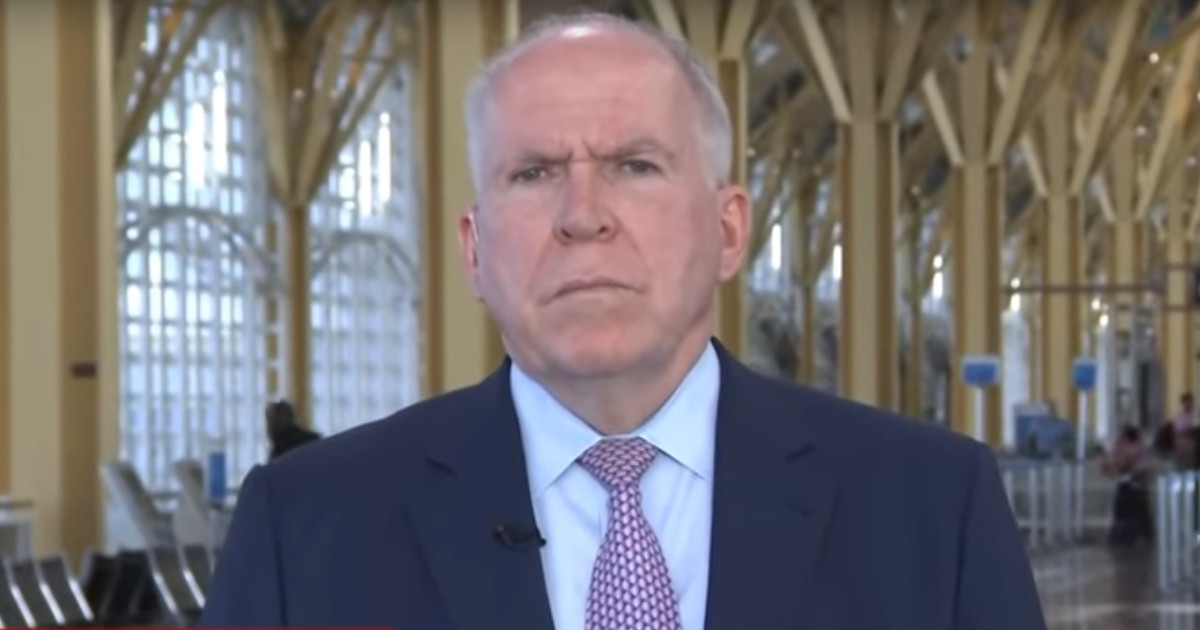 In the past year, Brennan has been caught in a number lies, all being negative towards President Donald Trump.

(National Sentinel) – On Monday, disgraced Obama CIA Director John Brennan, who recently had his security clearance revoked by POTUS Donald Trump, said he never heard anything about the infamous “Russia dossier” until he saw it in news reports.

That’s the same excuse his boss, Obama, used to give when he claimed to have no additional knowledge about the plethora of scandals that occurred on his watch. But is Brennan’s claim true? Doesn’t seem like it.

As we reported in April:

According to Russian media at the time, it wasn’t clear why Brennan, who has been a vociferous and vocal critic of President Donald J. Trump, made the trip. But it was not related to Russia’s decision a few weeks earlier to begin withdrawing from Syria…

The situation with Brennan is much like that Barack Obama and Hillary Clinton in that the media and fellow Democrats ignore all of their lying, cheating, collusion, abuse of power and even acts of treason, while at the same time, blasting President Donald Trump for doing the slightest thing they don’t like.