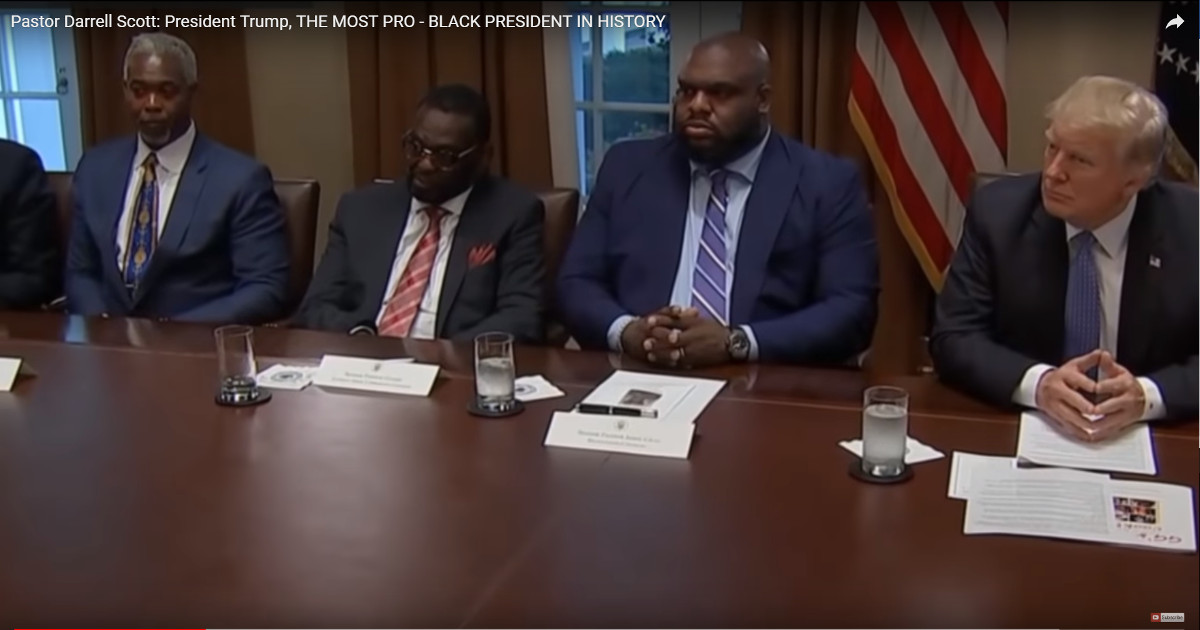 (The Washington Times) – A black pastor who’s a longtime supporter of President Trump is saying that Mr. Trump is more “pro-black” than former President Barack Obama, the nation’s only black president.

Pastor Darrell Scott of Cleveland, co-founder of Mr. Trump’s National Diversity Coalition, is one of several dozen inner-city faith leaders working with the White House on prison reform and other initiatives to help urban America.

“This is probably going to be … the most pro-black president I’ve seen in my lifetime,” Mr. Scott said Wednesday in an Oval Office meeting with the president. “This president actually wants to prove something to our community, our faith-based community and our ethnic community. The last president didn’t feel like he had to.”

Mr. Scott said of Mr. Obama, “He felt like he didn’t have to prove it. He got a pass. This president, this administration is probably going to be more proactive regarding urban revitalization and prison reform than any president in my lifetime.” …