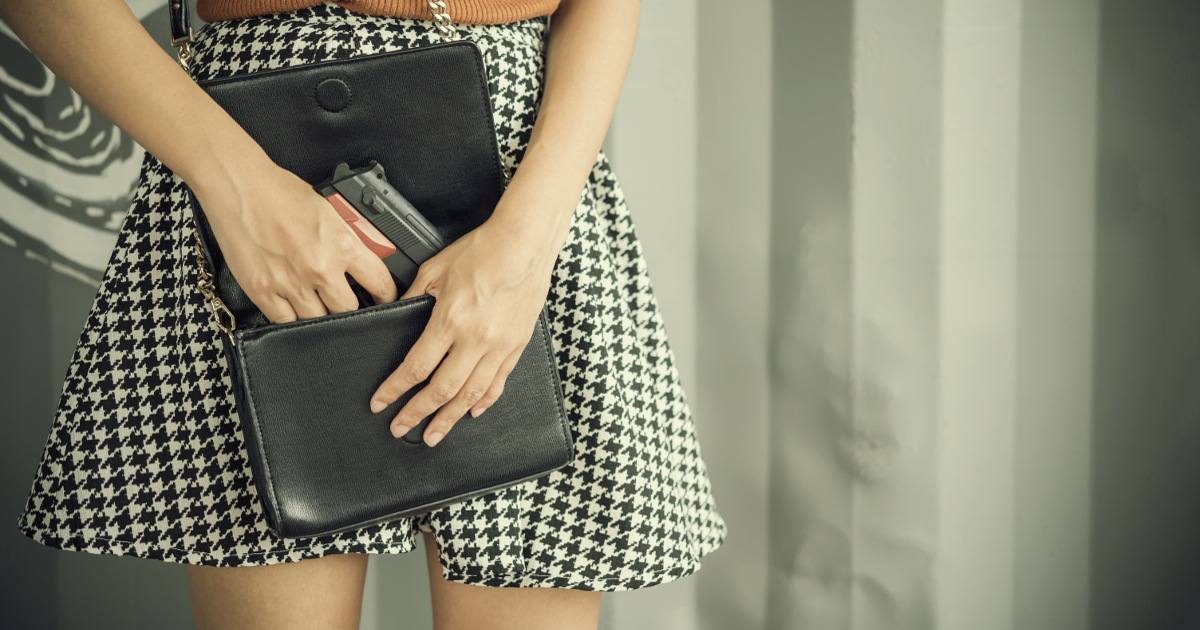 In my younger days, there was very little legal issue with traveling from state to state with a firearm, including a concealed firearm. However, over the past few decades, that has all changed as anti-gun Democrats have been doing their best to work towards a total gun ban here in the good ole US.

Case in point is what happened to a law-abiding citizen and former Marine who was traveling on business and thought he took the step to abide by state laws.

Ryan Jerome served in the US Marine Corp and was well trained on firearms. In civilian life, Jerome has an Indiana concealed carry permit. Before traveling to New York City on business, he went on line to check out New York’s regulations which stated that they honored the concealed carry permits from other states.

Upon arriving in New York City with $15,000 worth of jewelry to sell, Jerome proceeded to the Empire State Building.  While passing through security, he offered to check his gun with security officers. He presented his Indiana permit for concealed carry and was subsequently arrested for violating New York’s gun laws.

Manhattan District Attorney Cyrus R. Vance Jr. went after Jerome, who eventually agreed to a plea deal that allowed him to avoid 3 ½ years in jail. He was allowed to serve 10 days community service near his home and he paid a $1,000. During his hearing, Jerome said:

“I definitely did not know it was illegal to bring a gun into New York City.”

So, how do different states rate on concealed carry laws?

Guns & Ammo magazine reviewed the laws in all 50 states and the District of Columbia. They looked at how easy it is to obtain a conceal carry permit, the costs involved, the training hours required and the reciprocity between other states. They then rated the states from worst to best and here is a summary of their findings:

#51 – Washington DC – no real surprise there. DC tried to ban concealed carry but a judge blocked the move, but the judge did leave the door open for future legal battles on the issue.

#50 – California – permits depend upon the whims of each county sheriff as are the fees and training times.

#49 – Hawaii – applicants have to show just cause to obtain permit and it is still subject to the discretion of the local sheriff, and the permit lasts only 1 year and then you have to do it all over again.

#48 – New Jersey – also have to show justifiable reason which is subject to approval of local police chief & a superior court judge.

#46 – New York – state has an elaborate tiered system for permits and then New York City has their own strict requirements.

#45 – Massachusetts – municipal police may issue a concealed carry permit and then each town can set their own regulations on where firearms allowed and not allowed.

#44 – Delaware – must have 5 ‘reputable’ citizens vouch for applicant who has to appear before a superior court judge for permit approval.

#43 – Connecticut – to carry a gun outside your home, even on your own property or shooting range, must get a local permit and then apply to the state for a permit.

#41 – Ohio – uses a shall-issue system, but requires extensive training and has no gun zones.

You can read numbers 39 through 13 here, but here are the top ten states that more friendly to concealed carry:

#12 – Texas – while being very concealed carry friendly, the fees are high.

#10 – Virginia – scored well in all categories including allowing citizens to carry firearms in state Capitol Building in Richmond.

#9 – Wisconsin – after passing their Personal Protection Act, the state scores high in all categories.

#8 – New Hampshire – permits cost only $3 and only restricted locations are courthouses.

#7 – Vermont – since 1903, no permit is required. Great system, except reciprocity since other states cannot honor a non-existent permit.

#6 – North Dakota – scored high across the board. Permits granted for residents and non-residents within 30 days.

#5 – Florida – home of the modern concealed carry and stand your ground movement, but the influence of Parkland’s students may force a change in the near future.

#4 – Wyoming – has a permitless system, but will issue permits to allow for reciprocity with other states.

#3 – Alaska – no permits required but like Wyoming, will issue permits for reciprocity purposes. If carrying a firearm and encounter a law enforcement office, must tell them.

#2 – Utah – does require a permit, but they are cheap, easily obtained and have very few restricted areas.

#1 – Arizona – no permits required, will issue permits if needed. Scored highest of all states and DC.

The bottom line is if you do any state-to-state traveling and wanting to carry your firearm with you, take time to contact EVERY state you will be traveling through and find out what their laws are. Don’t end up like Ryan Jerome and have your life destroyed and right to carry denied by being charged with a firearm felony.