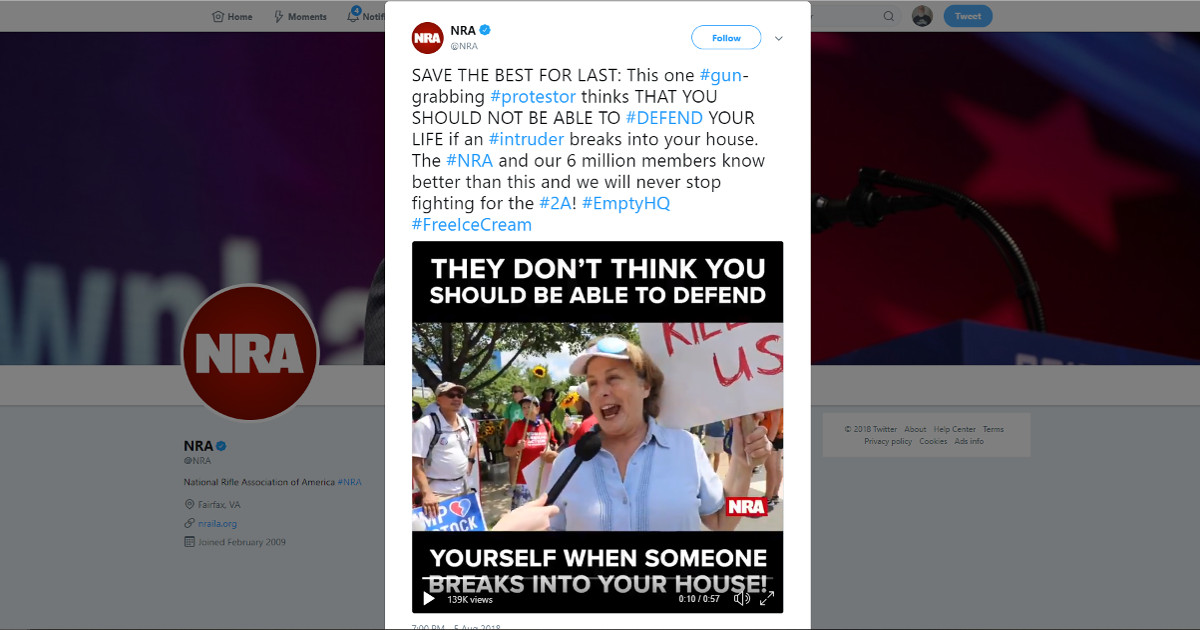 Some years ago, I worked with confirmed pacifist who was against violence. He left stopping shoplifters to others. When I asked him if he would use lethal force to stop an intruder from raping his wife or three young daughters, he said absolutely not. I didn’t tell his wife, but someone else present during the conversation did tell her and she divorced him because he would not come to her defense.

That’s what is so shocking to hear from a female anti-gun fanatic who stated that no one should have the right to shoot a home intruder, regardless what they do. I wonder how she would feel if it happened to her and her husband refused to defend her?

(Natural News) – Gun control activists took to the streets for the “March on the NRA” recently. The August 4th protest took place in Fairfax, VA, just outside of the NRA’s headquarters. Their rallying cries included calls to dismantle the Second Amendment and ban “fully semiautomatic weapons,” and chants of “Shame! Shame! Shame!”

Some were simply supporters of stricter gun laws, but others believe that American citizens should have their right to bear arms stripped away entirely. One protester, identified as “Amy,” told the National Rifle Association’s camera crew that she supported a full repeal of the Second Amendment, and stated she did “not think civilians need guns at all.”

Does this woman really believe that no one should have the right to defend their home, themselves or their loved ones? Liberals are always talking about human rights and it is a basic human right to be able to defend yourself, so what this fanatic is saying is that criminals should have all the rights to your home, your loved one and you. Talk about a warped sense of values.