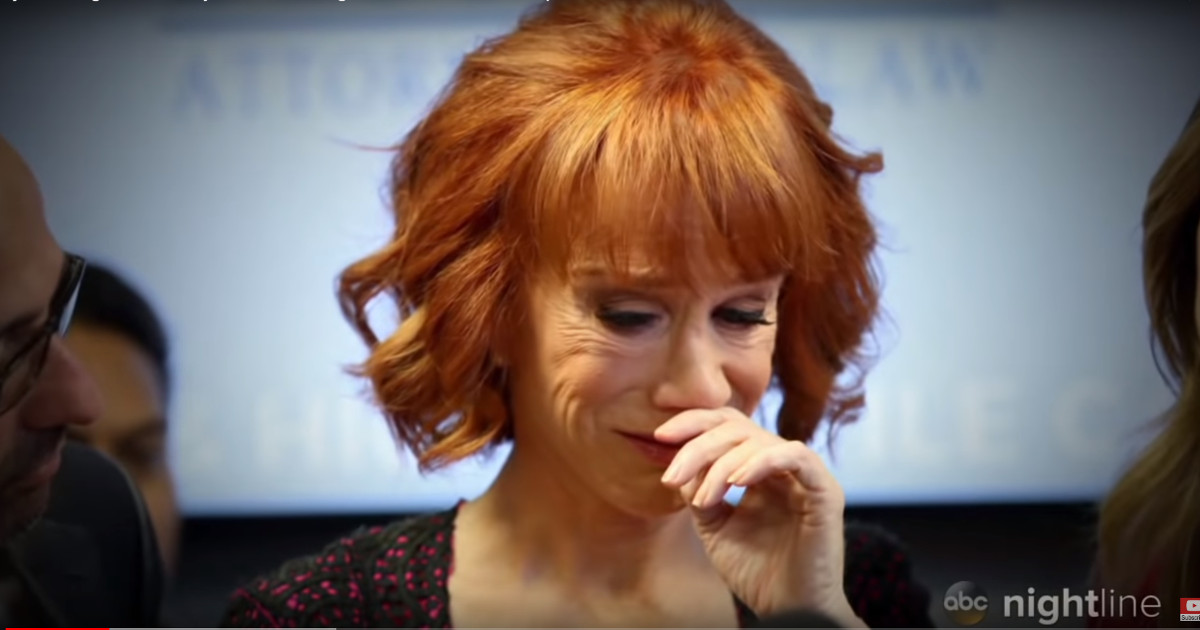 That describes the actions taken by so-called comedienne Kathy Griffin. I say so-called because I’ve yet to hear a single bit or humor from her mouth. Most of what she spews is nothing more than vulgar filth and tirades against President Donald Trump.

To no surprise, Griffin had a career on the anti-Trump and anti-America network, CNN, known for their fake news and over-the-top raunchy political bashing of conservatives and anything decent in America.

However, that all came to an end last year when CNN fired Griffin from hosting their New Year’s Eve program, after she performed her most debased stunt of all, holding up a mock severed and bloody head of President Donald Trump. The public was outraged, as they should have been. Many called for Griffin’s head and CNN somewhat delivered it with her firing.

Griffin’s career has yet to recover from her blatant anti-Trump display and for months after her stunt, she was virtually unemployable. Somehow, she has managed to partially revive her raunchy career as she is able to afford to live in a luxurious $10.5 million home in California and that’s where her hypocrisy has taken on a physical element.

Griffin is a vocal opponent to President Donald Trump’s border wall to separate the US from Mexico and stop the flood of illegal immigration. She doesn’t believe in border walls to keep illegal aliens from entering the country. She is one of those liberal Democrats who believe in an open border and welcoming everyone into the country.

That what she says publicly, but when it comes to her own property, it’s a completely different story, as Griffin has built a border wall between her house and a neighbor and it’s because she doesn’t like the neighbor.

According to reports, the conflict between Griffin and her neighbor Jeffrey Metzger, CEO or KB Homes, started when Griffin began complaining about the noise made by Metzger’s grandchildren playing in his backyard. She filed formal noise complaints against Metzger and thus the hostilities escalated from there.

According to Griffin, Metzger would stand outside his house and shout profanities at Griffin for apparently no reason. It didn’t help matters that Metzger is also avowed supporter of President Donald Trump. As the animosity between Griffin and Metzger heated up, they were filing restraining orders and lawsuits against each other.

Then Griffin built a border wall between her property and Metzger’s, hoping to alleviate the situation.

Kind of reminds me of Israel and its neighbors and the way they have fought and how Israel constructed hundreds of miles of border fencing to help keep their enemies out.

Guests at Griffin’s home said that while she feels strongly against border security, she does take her own security very seriously. Griffin takes her own security at home seriously, but doesn’t want security for our nation, which is home to all of us.

This is the same hypocritical actions of many top politicians who are against guns in schools while sending their kids to schools protected by guns and those liberals who are against concealed carry who travel with armed bodyguards.

One of the motto’s for the Democratic party should be – ‘do as we say, not as we do’!