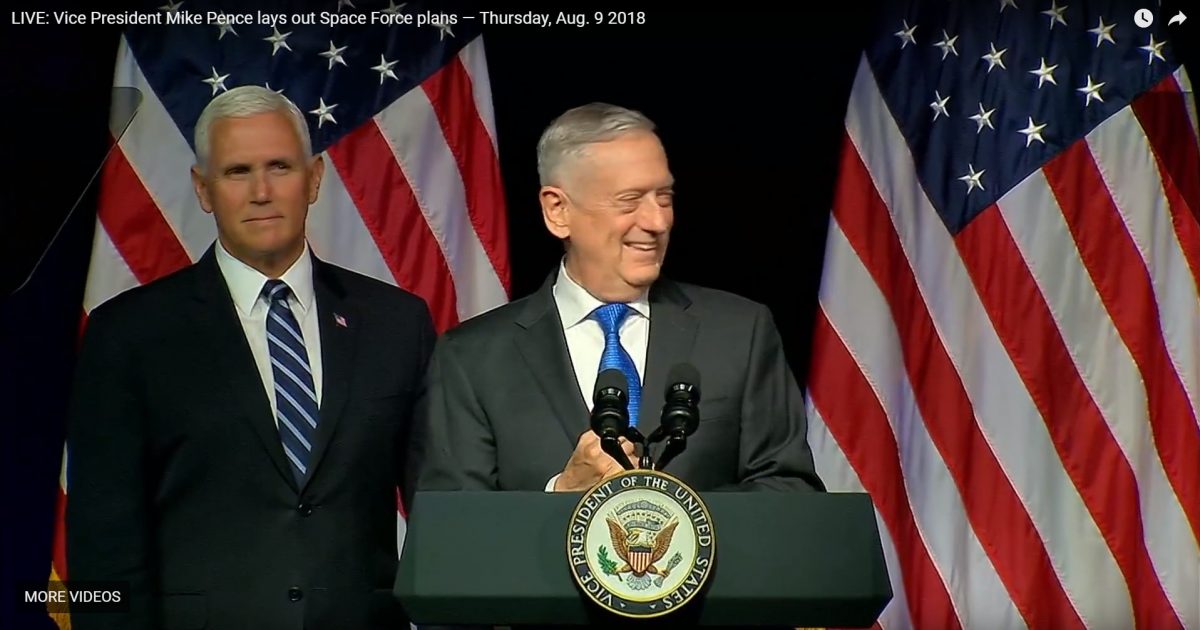 Are the days of Buck Rogers, Battlestar Galactica, Star Trek and Star Wars nearly upon us? It seems that the United States has taken a step closer to making it happen with the announcement of plans to create a new military branch to be called Space Force.

At one time, it was suggested that Space Force be incorporated into the Air Force, but it seems that idea has been scrapped for the creation of an entirely new military branch.

The move is being made, according to Vice President Mike Pence, to protect America’s assets in space, especially at a time when other countries have the ability to target them.

Vice President Mike Pence visited the Pentagon where he launched the countdown of the sixth military branch, the Space Force, according to a Washington Examiner report on Thursday. Defense Secretary Jim Mattis was also on-hand to address reporters.

Pence discussed the administration’s plans, as well as future plans of U.S. military activities in space.

The event was live-streamed by the Pentagon, at this link.

Mattis is expected to also make remarks at the event, although he has opposed the Space Force in the past.

Last year, Mattis wrote in a memo to Sen. John McCain that he did not agree with “the creation of a new military service and additional organizational layers at a time when we are focused on reducing overhead and integrating joint warfighting functions,” the Washington Post reported…

The creation of a new military branch requires the approval of Congress and one can be assured that Democrats will fight against it because they have NOT been supportive of any military spending or strengthening over past few decades. With the possibility of going into space, it’s expected that Space Force will have little problem attracting recruits.