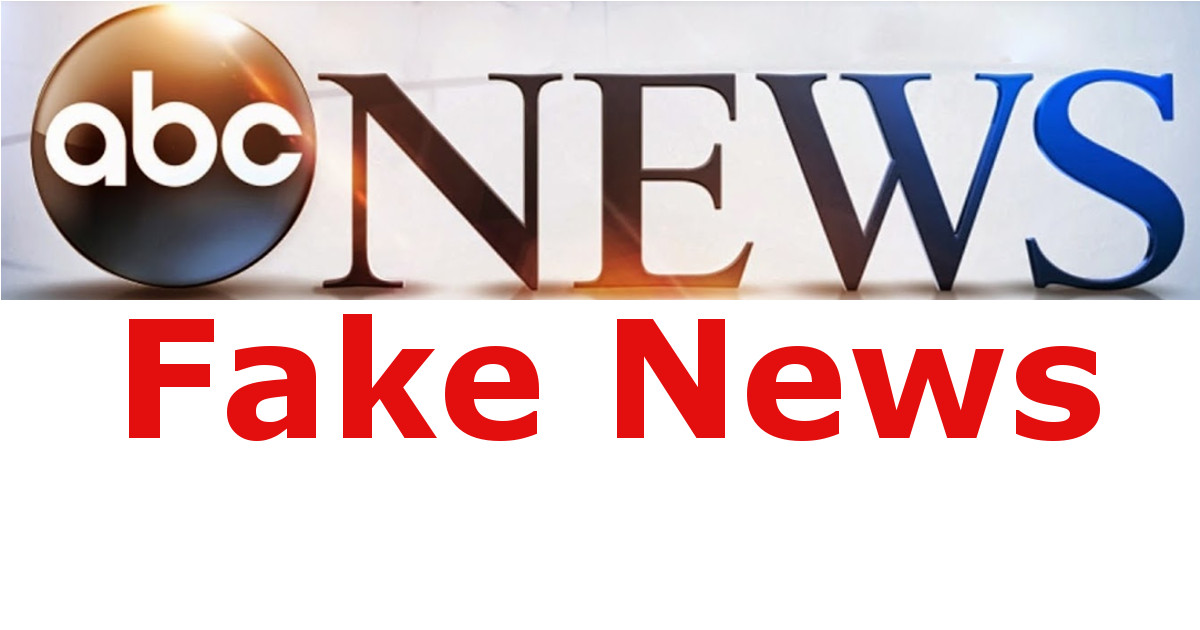 Whenever anyone says anything about fake news, most people instantly think of CNN, who is without a doubt, the leader in the field. However, CNN is not alone with a number of media outlets like MSNBC, ABC and the New York Times also having put forth fake news, especially when it pertains to anything dealing with President Donald Trump.

In the latest venture into the world of lower than tabloid journalism, if you can even call it journalism, is ABC, who was caught red-handed creating a fake news story when two actors were filmed in a stunt that many thought were real about a man wearing a t-shirt about impeaching Trump.

(Constitution.com) –  There has been a lot of talk recently about what constitutes “fake news” in this day and age, and whether or not Americans are able to spot offenders early enough to avoid the pitfalls of such nonsense.

For some, the idea of hyper partisan news qualifies as “fake”, but only when that slant is leaning in the conservative direction.  Outlets such as CNN and MSNBC have no qualms with their overtly liberal stance on most subjects, and they’ve never been banned from Twitter for it.

Other “fake” news involves utterly false stories, although a great many of these websites have gone the way of the dodo thanks to the ease in which you can debunk such nonsense.

But what about when a media agency hires two actors to portray political rivals in public in order to film a mock confrontation in front of unsuspecting bystanders?…

Sadly, a number of media outlets and online websites aired the staged clip and portrayed it as being real. There is no logical reason or excuse for the anti-Trump stunt other than to intentionally smear Trump and those who support him. One has to wonder how long the FCC will allow these fake news media outlets to continue to produce and publish blatant lies.