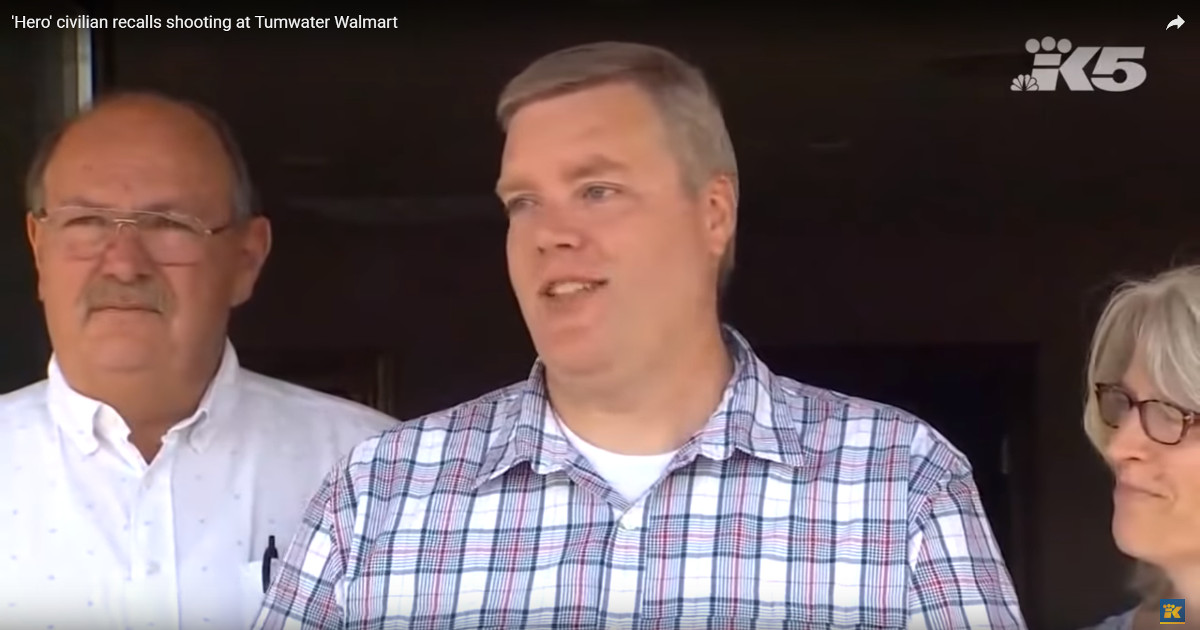 Amidst the rampant gun control versus gun rights issue that is dividing America more than racial tensions did during the Obama years, are smaller issues of who should and who shouldn’t be allowed to own or carry a firearm.

If Democrats had their way, no private citizen would be allowed to own a gun and if they were allowed, they would have to undergo an extensive background check, apply for a permit and then keep their guns unloaded and locked up at home. (That makes as much sense as keeping your gas tank empty and the keys to your car locked away to prevent some minor from stealing your car and injuring or killing someone.)

In states run by Democrats, like Washington, they have passed a number of gun control laws, including one, initiative 594 passed by voters in 2014, that requires a universal background check for anyone wanting to own or possess a firearm. The purpose behind the initiative was to prevent criminals and others deemed unsafe to purchase, obtain and possess a firearm.

In spite of the law, 44-year-old Tim O. Day still managed to obtain a handgun, even though he was not legally allowed to have a gun due to his extensive criminal record. Gee, if Democrats are right, shouldn’t Day have obeyed the law and not obtained a gun? DUH! Why do you think he was called a criminal to begin with?

A few days ago, Day began a crime spree by trying to carjack someone’s car. According to one report:

“On this day, according to various published reports, Day started his rampage by attempting several carjackings, firing a shot at one teenage driver, crashing his car and then attempting to steal other cars. In one of those vehicles, Ricky Fievez and his wife, a Wal-Mart employee, were seated. When Fievez wouldn’t turn over his car to the gunman, Day shot him. The wounds left Fievez paralyzed.”

“By the time that happened, Day had gone inside the store, fired shots into a locked cabinet in the sporting goods department that contained ammunition, and then headed back outside, waiving his handgun.”

That’s when two Walmart customers, who were legal concealed carry permit holders, saw what Day was doing and they approached him. The two customers didn’t know each other, but worked together to stop Day. They were Jesse Zamora and Pastor David George. In addition to being a pastor of a local church, George was also a volunteer fireman and EMT in Oakville, Washington.

George saw Day approach another car and attempt to carjack it. He moved in with his gun to get a better position to stop Day, but then Day got in the vehicle, and George shot him. Day fell out of the car and George moved in to stop him.

“When the gunman began threatening another person for the use of their car, I moved in order to have a safe shot at the gunman. He entered the vehicle, which I considered an even bigger threat and fired to stop the shooter. After being hit, the gunman tried to exit the vehicle and fell to the ground. I moved to clear the gunman yelling to him to drop the gun and show me his hands.”

Fortunately for George, the state of Washington does have a long-standing law that allows a private citizen to use lethal force in defense of themselves, their family or anyone in their presence that is being threatened. Police say they full support Pastor George for his shooting of Day, who died from his wound.

I’ve heard many people question whether or not a pastor should be armed and used a firearm for defense, but they fail to realize that a pastor has as much of a right to defend himself and his family and others as anyone else. Secondly, how could a pastor just stand by and watch innocent people be threatened and shot?

I know other pastors who are legal concealed carry permit holders and so are members of their family. They are citizens and have the same rights, legally and morally that the rest of us have.

Although it has been hard on Pastor George in that he killed a man, he also understands that Day forced him into taking that action and that he was glad he was prepared and that he prevented anyone else from being injured.