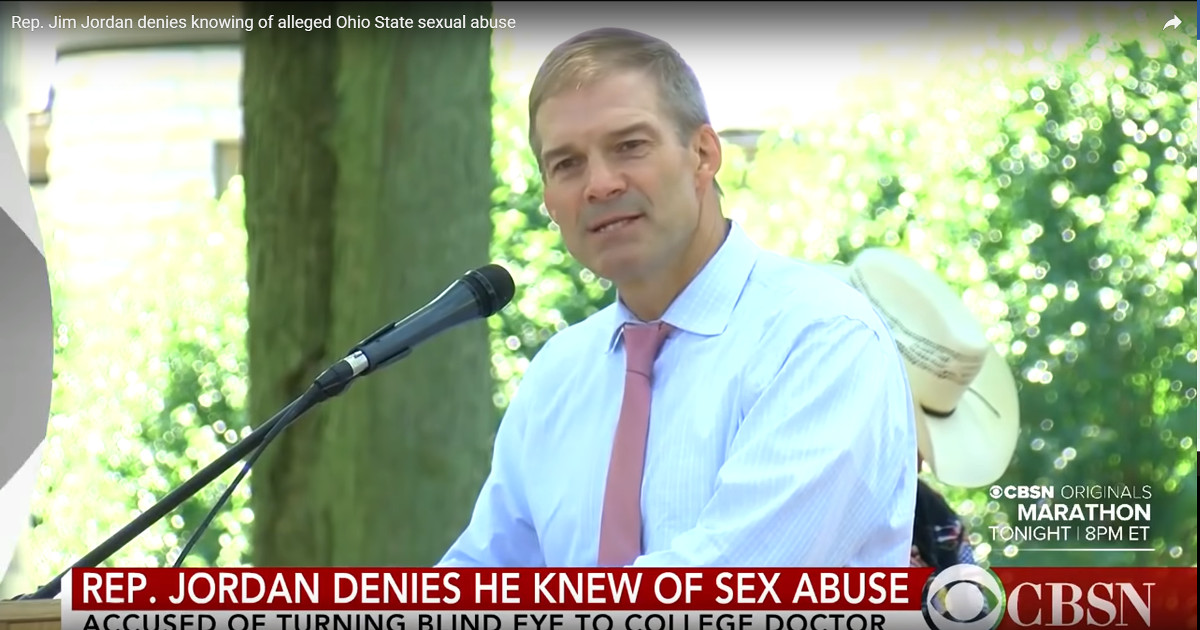 For the past year and half, the Me Too movement has served to hold sexual predators, male and female, accountable for their actions, and rightfully so.

However, it has also become a favorite tool of liberals to eliminate their conservative opponents. They tried to use to smear Donald Trump prior to the 2016 elections and some believe that they are still using it to attacking via Stormy Daniels.

The Me Too movement was successful in preventing Judge Roy Moore from winning the Senate seat vacated by Jeff Session.

Now, it seems that liberals are using the Me Too craze to smear one of the most honest and conservative members of the House and we know why.

So what to do? I know. Let’s create a scandal and accuse Jordan of something. That’s the ticket. And better yet, we’ll create one that is virtually unwinnable by Jordan. We will cause him to prove his innocence by proving a negative. Almost impossible to do. Let’s unearth a couple of dirtbags to accuse Jordan of “knowing” something, and he’ll have to prove he didn’t. How can anyone prove he “didn’t” know something? Yeah, that’s good. Let’s go with that.

If Jordan was not a leading candidate for Speaker of the House if Republicans maintain control of the House after this year’s midterm elections, he would not be targeted. One of the news casts even slipped and said that one of Jordan’s latest accusers is Democrat. No surprise there.