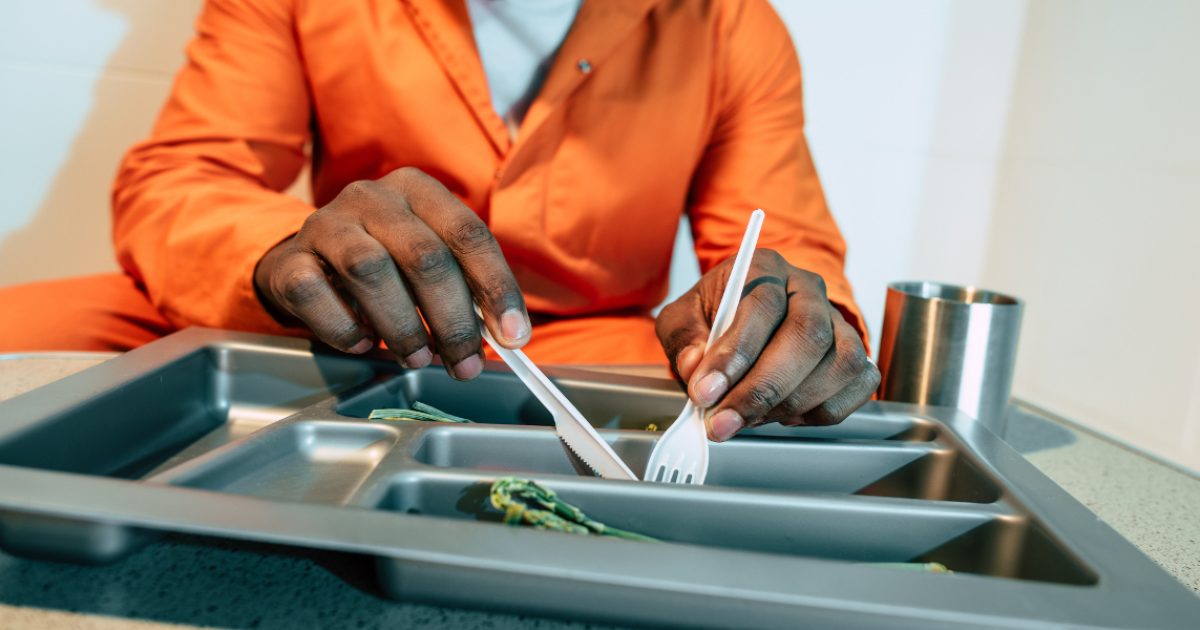 The Constitution guarantees anyone arrested for detained of a crime the right to a speedy and fair trial. Subsequent laws have guaranteed them the right to an attorney, but NO WHERE does it say in the US Constitution or federal laws that prisoners and detainees have the right to demand specific menus to their liking, but, it seems that some believe they have that right.

Illegal alien detainees, some are those using the claim of seeking asylum just to be allowed to stay in the US without being deported. Some may have legitimate need for asylum, but America cannot afford to be the asylum destination of millions of people from other nations.

Some of those so-called asylum seekers being detained at a federal prison in Oregon are now complaining about the food they are being served, all at taxpayer expense.

(100 Percent Fed Up) – Previous reports about illegal detainees haven’t discussed the topic of food. The detainees must be feeling more entitled to what they want. Complaints of food not following “religious beliefs” are pretty shocking because these people are just lucky they survived crossing. In other words, beggars shouldn’t be choosers…That might sound harsh but we are keeping thousands and thousands of these illegals at taxpayer expense. America is over 20 TRILLION dollars in debt so you have to ask yourself how long we can be the world’s babysitter.

ONE DAY NOTICE TO RECEIVE 130 DETAINEES:

Asylum seekers don’t like prison food?…Welcome to America! A federal prison in Oregon is holding asylum seekers who supposedly escaped terrible circumstances but aren’t kissing the ground and thanking the Lord they made it to America. Nope, they are complaining about the “conditions” of the prison and the “meals that violate their religious beliefs”…

I know how to solve that. https://t.co/YwLj1EpjU0

So weird, I’ve been here legally 43 years and the government has never “given” me a single meal.

They’re “being given food” and they’re complaining?

My understanding, their reasoning for coming here illegally or to seek asylum is their countries are so unsafe and conditions so poor they don’t have basics, such as food, so wouldn’t you be grateful to be safe and have basic necessities, such as any food, no matter your beliefs. https://t.co/gqPlknK6Ng

Sorry if I sound harsh, but the only real right all illegals have is the right to be arrested, booked and deported back to their home countries. If I were president, not only would I be arresting and deporting every illegal alien in America, but I would bill their countries of origin for all of the cost of arresting, detaining, processing and deportation. If governments were forced to pay for the actions of their people, they might start taking more action to prevent their people from coming her illegally.