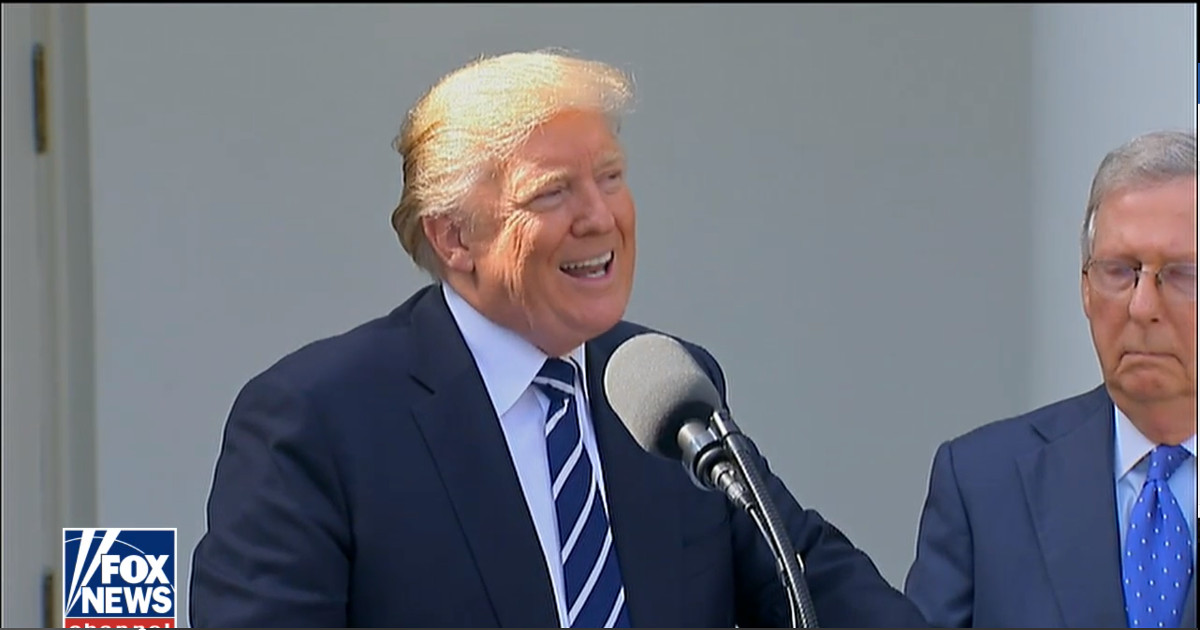 In the year and half that Donald Trump has been president, more Americans are working than they have in past few decades. American workers are taking home more pay. Some of the ultra-socialist aspects of Obamacare have been eliminated. The American military is being rebuilt and immigration laws are once again being enforced. When you put it all together, America is prospering under Trump.

However, all that will end if Democrats win control of just one branch of Congress this November and President Trump took to Twitter to warn the American people that voting for Democrats will result in anarchy, amnesty and chaos.

(BizPacReview) – President Donald Trump asserted on Thursday that a vote in November for Democrats is a vote for “anarchy, amnesty and chaos.”

“A vote for Democrats in November is a vote to let MS-13 run wild in our communities, to let drugs pour into our cities, and to take jobs and benefits away from hardworking Americans,” Trump wrote in a tweet following a speech in Montana, where the Republican was campaigning against Democratic Sen. Jon Tester.

“Every day, the brave men and women of ICE are liberating communities from savage gangs like MS-13,” Trump added in another tweet…

Actually, President Trump is putting it mildly when he warns what will happen if people vote for Democrats. They can kiss their extra take-home pay goodbye, along with millions of jobs. We’ll find out streets filled with more illegal aliens than ever before and we will see more leftist violence against conservatives. Chances are the increase in spending to rebuild out military will disappear along with more of our freedoms and rights. Voting for Democrats is a vote for socialist slavery.