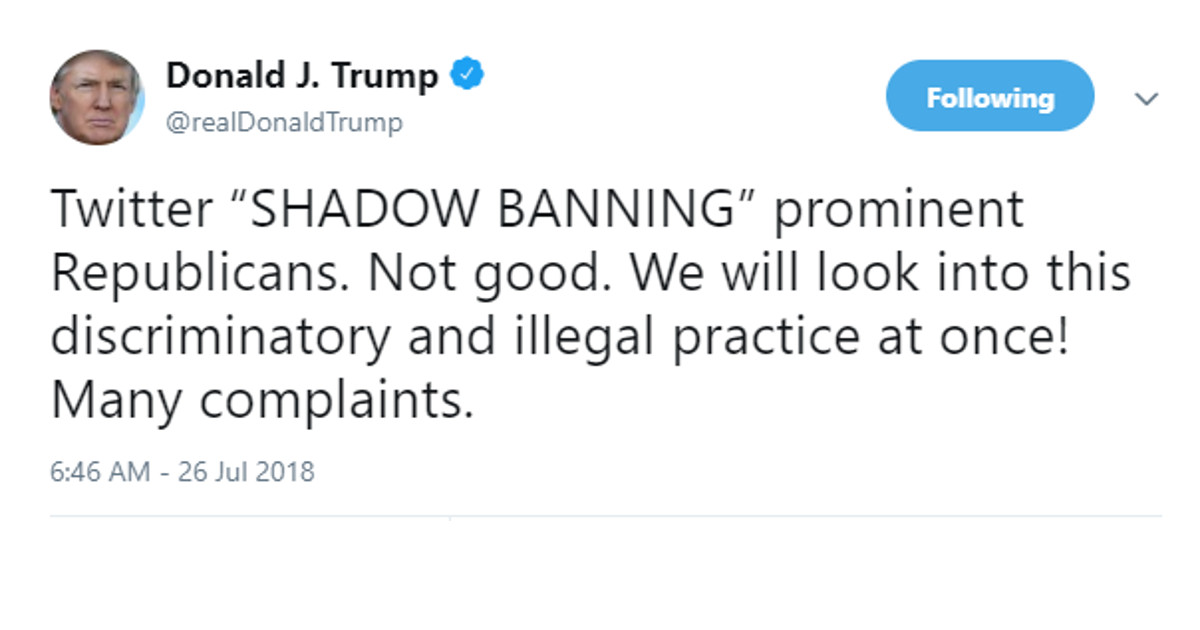 Ever since Barack Obama assumed office in January 2009 and began his reign of lawlessness, his fellow liberals have followed suit, trampling on the constitutional rights of millions of conservative Americans. This has been true for those who control some of the most popular internet sites including Amazon, Facebook, Google and Twitter, who all have launched campaigns to silence conservatives.

One of their methods is referred to as shadow banning, which many believe to be illegal.

In a recent tweet, President Trump called out Twitter for their shadow banning of prominent Republicans and then he vowed to probe the practice, something that is long overdue.

In a direct swipe at the platform he’s used to energize and connect with his base since the 2016 campaign, the president vowed to look into what he called the “illegal” practice — though Twitter officials described it as a glitch they are working to fix.

“Twitter ‘SHADOW BANNING’ prominent Republicans. Not good. We will look into this discriminatory and illegal practice at once! Many complaints,” Trump tweeted.

Not only is a probe of Twitter long overdue, but so is a probe of Amazon, Facebook and Google. Facebook has killed a great deal of the online revenue of conservatives and have banned some conservative posts that are honest, but deemed by liberals to be fake news or offensive. Some of these internet giants have closed pro-gun accounts without notice and other discriminatory actions.