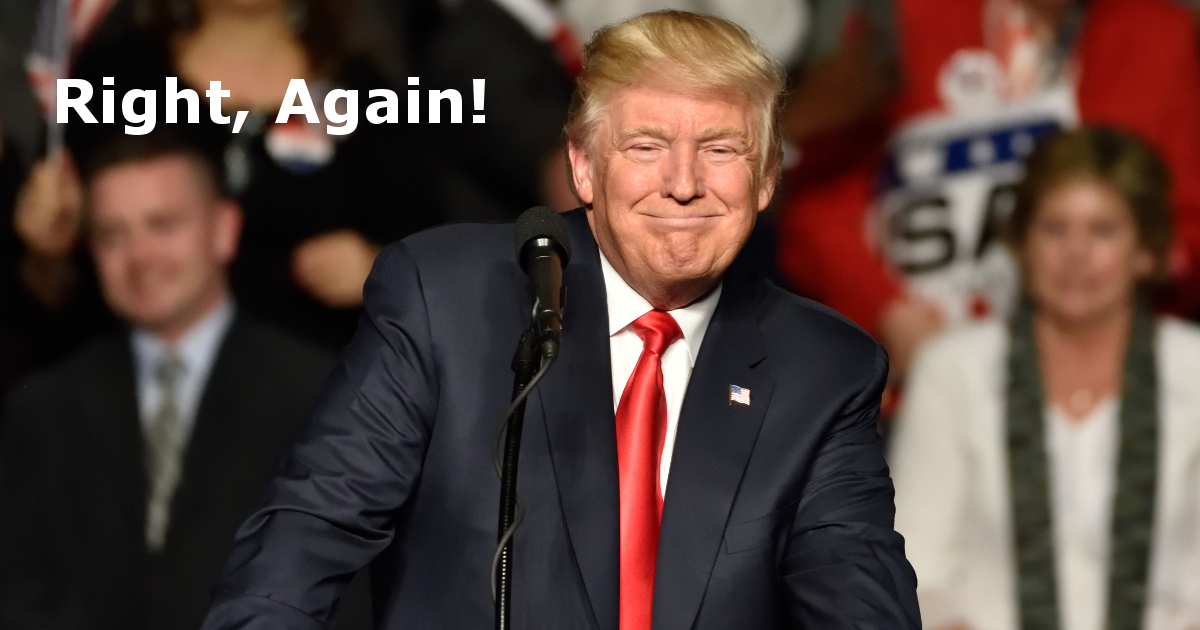 During the 2016 presidential campaign, Donald Trump made a number of statements that he and his campaign were being spied on and he claimed the spying was being conducted by the Obama administration or the Clinton campaign. Everyone denied any spying and claimed that Trump was paranoid and delusional.

Then it was finally revealed that the FBI had in fact been spying on Carter Page, who at the time was serving as Trump’s campaign adviser. When accused of using the fake dossier to obtain their FISA warrant to spy on Page, the FBI denied it.

This last week, the documents behind the FBI’s FISA warrant were released and according to President Trump and many others, the documents prove that Trump and Republicans were right and that Obama’s FBI did mislead the courts in obtaining the warrant.

So we now find out that it was indeed the unverified and Fake Dirty Dossier, that was paid for by Crooked Hillary Clinton and the DNC, that was knowingly & falsely submitted to FISA and which was responsible for starting the totally conflicted and discredited Mueller Witch Hunt!

“It was classified to cover up misconduct by the FBI and the Justice Department in misleading the Court by using this Dossier in a dishonest way to gain a warrant to target the Trump Team. This is a Clinton Campaign document. It was a fraud and a hoax designed to target Trump….

….and the DOJ, FBI and Obama Gang need to be held to account. Source #1 was the major source. Avoided talking about it being the Clinton campaign behind it. Misled the Court to provide a pretext to SPY on the Trump Team. Not about Carter Page..was all about getting Trump…..

…..”Carter Page wasn’t a spy, wasn’t an agent of the Russians – he would have cooperated with the FBI. It was a fraud and a hoax designed to target Trump.” Tom Fitton @JudicialWatch A disgrace to America. They should drop the discredited Mueller Witch Hunt now!

(Newsmax) – President Donald Trump said on Twitter on Sunday it was looking more and more like his campaign for the 2016 presidential election had been illegally spied upon.

Trump issued the tweet after saying documents about his former presidential campaign adviser Carter Page confirmed with little doubt that the Department of Justice and Federal Bureau of Investigation had misled the courts.

The FBI released documents on Saturday related to the surveillance of Page as part of an investigation into whether he conspired with the Russian government to undermine the election.

One needs to realize that for the past two plus years, everything that Donald Trump claimed was happening by the Obama government has been proven to be true and that all of the denials from the FBI and others associated with Obama administration were nothing more than blatant lies.  Yet, there are still many Americans fail to see the truth.