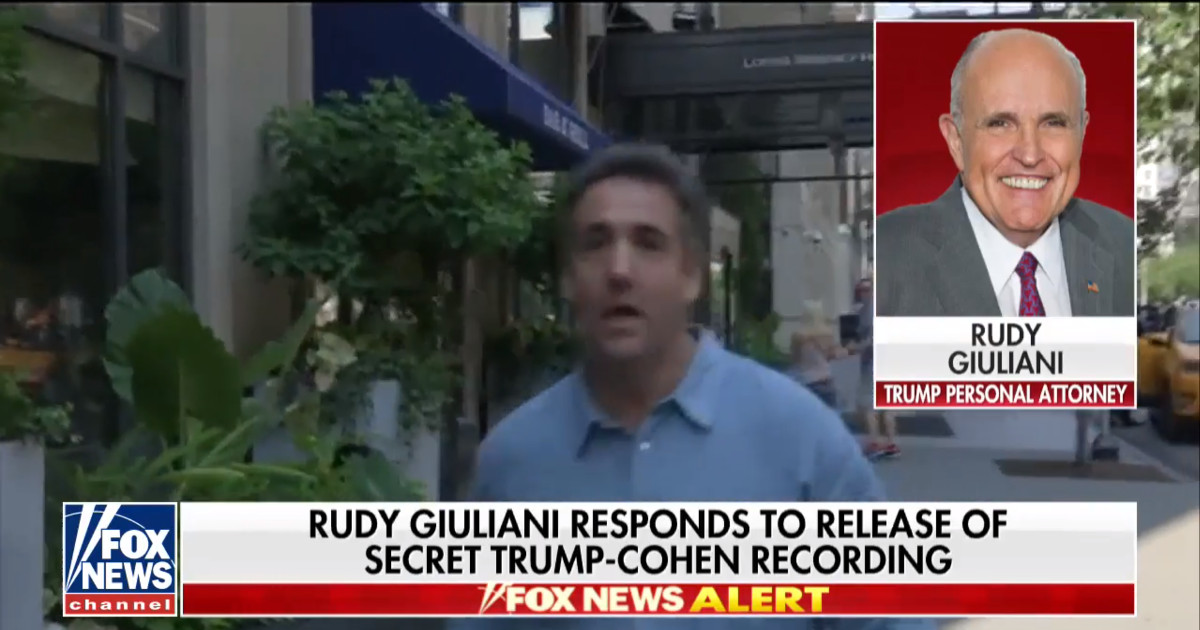 There are several professions that are heavily based upon legal confidentiality – Catholic confessions, doctors and attorneys. With the institution of Obamacare, the confidentiality of doctors is a joke. Even though you sign the HIPA agreements, some of your medical records are already part of a federal database.

With the persecution of religion here in the US, it won’t be long before that confidentiality will no longer exist.

(Fox News) – President Trump and his legal allies fired back Wednesday at his former attorney Michael Cohen after the leak of a taped conversation in which the two appear to discuss the possibility of buying the rights to a Playboy model’s story claiming an affair with Trump.

“What kind of a lawyer would tape a client? So sad! Is this a first, never heard of it before? Why was the tape so abruptly terminated (cut) while I was presumably saying positive things? I hear there are other clients and many reporters that are taped – can this be so? Too bad!” Trump tweeted.

The president was referring to how the tape cut out immediately after the discussion in question. Rudy Giuliani, Trump’s personal attorney, claimed to Fox News that the rest of the recording would have been “exculpatory from the point of view of the president.” …

Not only is there a serious legal issue with Cohen recording conversations with clients without their knowledge, but there has to be a serious legal issue concerning the public release of even one such conversation with a client that was made in strict confidence. To many, Cohen and those who raided his office and home and then released the recording, should be facing criminal charges.