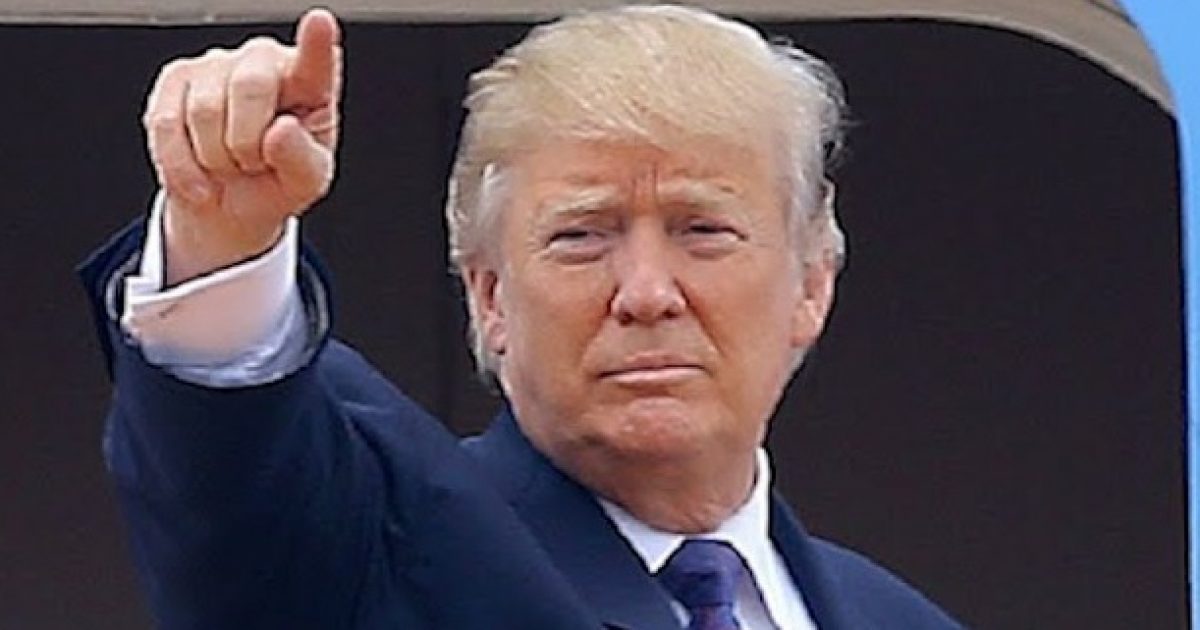 A year ago, many feared that President Donald Trump was intentionally leading America into a war with North Korea, but it turns out that this strong stand has led to talks with Kim Jong-un. When it was learned that Trump and Kim were planning on meeting, Trump promised that he would do his best to get North Korea to return the remains of Americans killed in the Korean War. Even though the military fighting ended 65 years ago, hostilities have remained, preventing the recovery and return of thousands (5,300) of Americans either killed in action or presumed missing in action.

The first remains of Americans killed in North Korea have been returned in the gesture of this type in 1954. Many families are hoping and praying to finally have the remains of their loved ones identified and properly buried here in the States and that is beginning to happen, thanks to Trump keeping another promise.

“North Korea recently took two truckloads of wooden boxes to be used for the remains repatriation. It’s expected to hand over the remains on July 27 as agreed upon,” a source told Yonhap.

Yonhap reports that a U.S. Air Force transport aircraft left North Korea for the Kalma Airport carrying the remains of service members killed in the Korean War. The C-17 Globemaster left for Kalma Airport in the North’s eastern coastal city of Wonsan. From there the transport left for the Osan Air Base of the U.S. Forces Korea in Pyeongtaek, about 70 kilometers south of Seoul, South Korea.  The transport vehicle was flanked by two fighter jet escorts…

It’s believed that about 1,000 American bodies lied in the Demilitarized Zone (DMZ), listed by many as the most volatile place in the world for the past few decades. Hopefully, North Korea’s gesture will continue, allowing those lying in the DMZ and other locations to be returned home soon, and thanks to Trump, that may just happen.