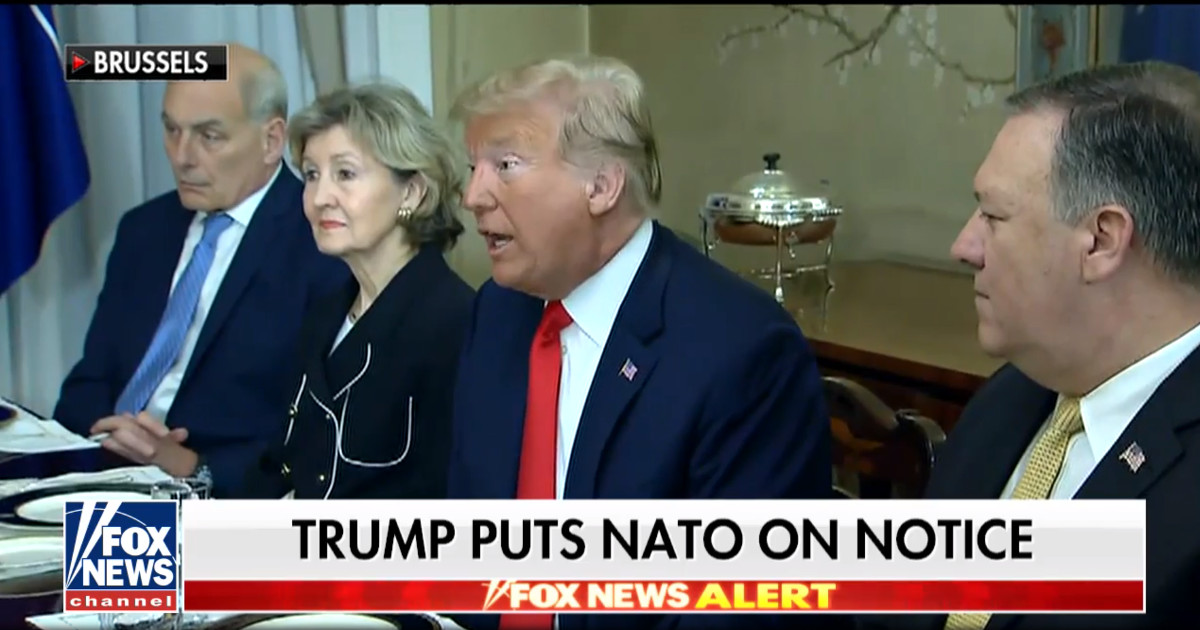 In some ways, President Donald Trump reminds me of former Sen. Barry Goldwater (R-AZ) in that they both speak their mind without mincing words or worrying about who they offend or upset. Trump’s tweets over the past year and half attest to his bluntness, something that is refreshing in a President.

This week, Trump traveled to Brussels to meet with other NATO leaders and he instantly rankled some feathers when he blasted other NATO nations of not paying their fair share. The media instantly criticized Trump for trying to alienate our European allies, but his blunt blast has already proven to be fruitful when British Prime Minister Theresa May vowed that Great Britain would increase their support of NATO.

The U.S. and European allies signed a declaration stating they are “committed to improving the balance of sharing the costs and responsibilities of alliance membership.”

The declaration comes after confrontational and testy discussions between Trump and other NATO leaders.

Since the election, Trump has criticized NATO countries for not paying their fair share, while suggesting he would only come to the defense of NATO nations that fulfilled their financial obligation…

NATO is worth keeping, but the United States could save many millions of dollars if Trump would completely withdraw from the UN and evict them from the United States. The UN is nothing more than a global socialist government organization, where as NATO works to protect member nations, something the UN no longer does, as seen by their response to Israel.