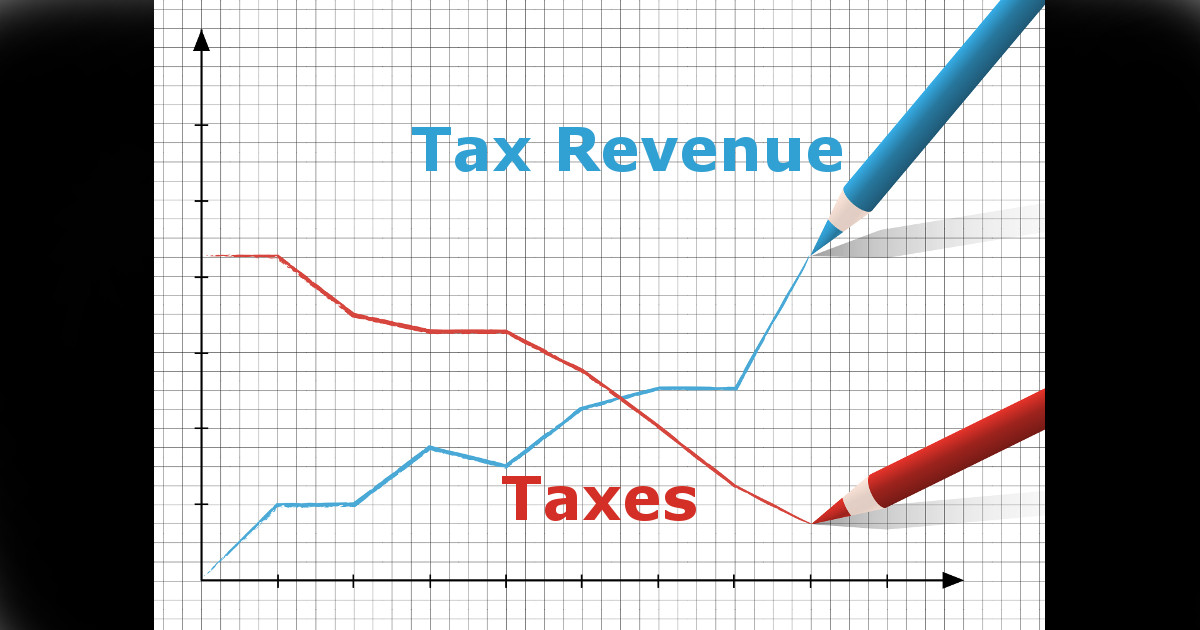 When candidate Donald Trump made a campaign promise of cutting taxes, Democrats instantly began their attacks. They claimed that Trump’s proposed plan to cut taxes would result in a huge deficit that could reach $1 trillion.

Trump countered their arguments by saying that tax cuts would create more jobs, put more money in the pockets of American workers and it would ultimately generate more tax revenue that would more than pay of the tax cuts. Democrats called him stupid, naïve and accused him of wanting to destroy America’s economy.

Guess what, the CBO just released a report saying that tax revenue for the first half of 2017 was up 9% over the same period a year ago.

(Investor’s Business Daily) – Supply-Side Economics: Democrats scoffed at Republicans who said the Trump tax cuts would at least partially pay for themselves through higher economic growth. But it looks like the GOP had it right all along, as revenues climb.

The latest monthly budget report from the nonpartisan Congressional Budget Office finds that revenues from federal income taxes were $76 billion higher in the first half of this year, compared with the first half of 2017. That’s a 9% jump, even though the lower income tax withholding schedules went into effect in February.

The CBO says the gain “largely reflects increases in wages and salaries.”

For the fiscal year as a whole — which started last October — all federal revenues are up by $31 billion. That’s a 1.2% in increase over last year, the CBO says.

The Treasury Department, which issues a separate monthly report, says it expects federal revenues will continue to exceed last year’s for the rest of the 2018 fiscal year…

Every Republican running for office needs to report this great news along with the news of the record low unemployment for Hispanics, the lowest unemployment for black Americans in many years, in addition to an overall near record low unemployment. They also need to tell voters to look at their take-home pay and make it known that if Democrats regain control, their take-home pay will drop and millions of Americans will lose their jobs.