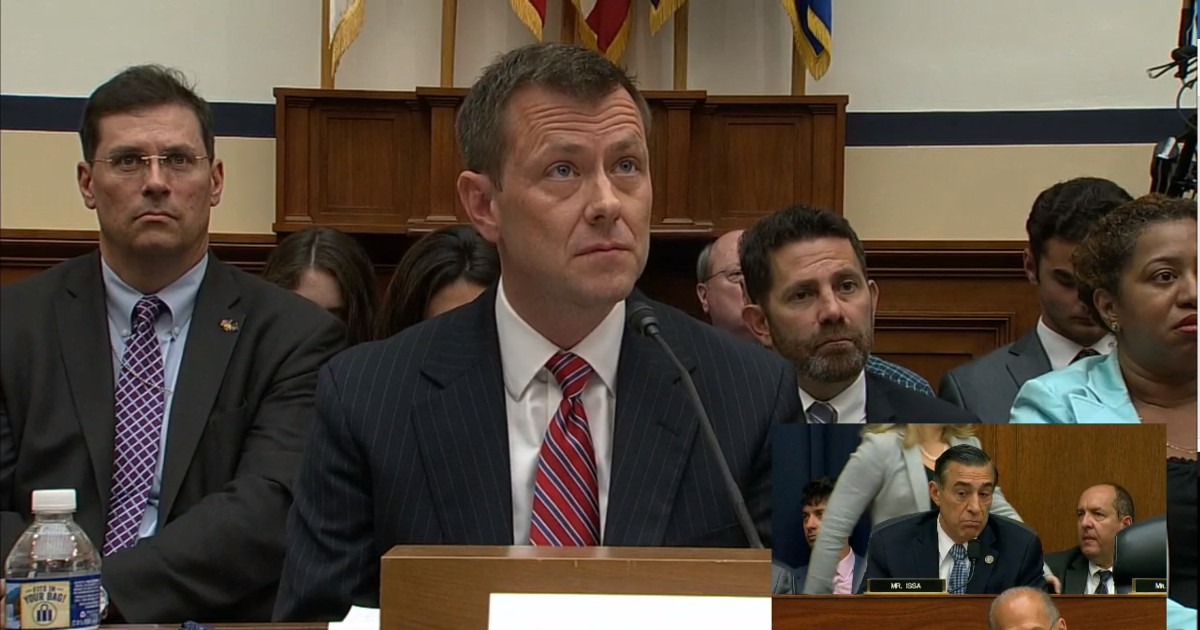 Many of us are wondering why Peter Strzok is still employed at the FBI after all of the evidence that has been gathered against him in past few months, but he still has a job paid for with our tax dollars.

Strzok voluntarily appeared before a House panel and the testimony was made public. During that hearing, Strzok remained defiant when questioned by various ranking House Republicans and at one time was threatened with contemp.

That cause Democrats on the panel to come unglued and turn their wrath against the Republicans, in what some described as a political circus type verbal battle.

(Fox News) – FBI official Peter Strzok’s first public hearing tumbled into a rancorous and heated political fracas on Thursday, as Republicans clashed with Democrats as well as the former investigator over his anti-Trump texts — and even threatened contempt for refusing to answer questions on the Russia probe.

Strzok, throughout it all, remained defiant and maintained that he did not show bias in those infamous messages with former FBI lawyer Lisa Page.

Strzok said he was not able to answer the question based on instructions from FBI counsel. House Judiciary Committee Chairman Bob Goodlatte, R-Va., rejected Strzok’s claim…

From what happened Thursday in the Strzok hearing further suggests that there are still others within the FBI that are doing their best to protect and defend Strzok in his illegal actions, which Strzok continues to maintain were perfectly legal and not what Republicans think his texts were actually saying and meaning. It’s like the kid caught with his hand in the cookie defiantly denying it was wrong. Besides, watching a video of Strzok testifying, he constantly looked up and to left with is a strong indication of lying.