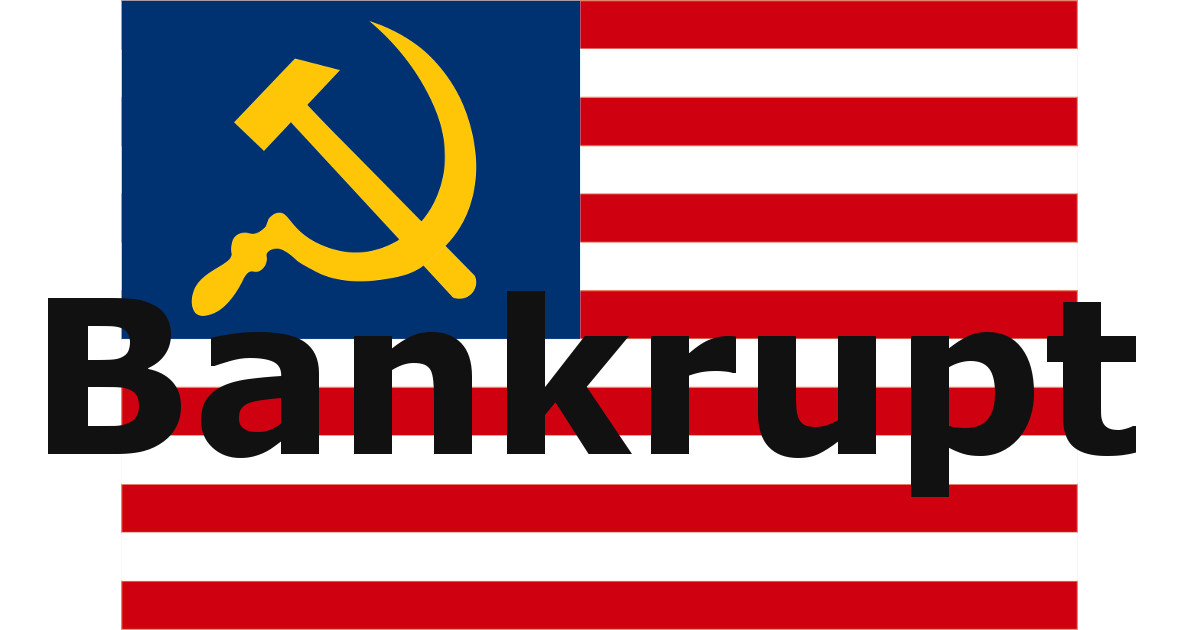 In the 1950s and 1960s, any politician who openly admitted to being a socialist had a very short political career, generally not making it past their first primary election. This was the time of McCarthyism, where communists were hunted down, exposed and blacklisted. The rumors of some actors and actresses possibly being communists or socialists end more than a few careers. The public reaction to anyone claiming to be a socialist was the same as if they had leprosy or some other highly contagious disease.

Then the socialist brainwashing carried out by America’s public education system kicked into full gear and within a generation or two, socialism is now a lot more socially acceptable.

In February 2016, Dr. Frank Luntz, Founder and President of Luntz Global, appeared this week on the CBS This Morning show and shared his latest poll which supports what I’ve been saying for years about the goal of the public school system.

Most of them are rejecting capitalism and embracing socialism. When asked which is the most compassionate economic system, 58% said socialism, 33% said capitalism and 9% said communism. They believe that they can better achieve what they want in life with socialism and that the only thing holding them back is the economy which they blame on capitalism.

It should be no surprise that when asked about the political affiliation, 44% responded they are Democrats, 42% said Independents and only 15% said Republican.

In April 2017, it was revealed that 44% of millennials preferred socialism over capitalism. Listen to many of today’s high schoolers, college students and young adults and you will be shocked to hear how socialistic many of their views are.

This explains why Sen. Bernie Sanders, an openly admitted socialist, showed so strong in the 2016 Democratic primary runoff against Hillary Clinton. It is further evidenced by the primary victory of Alexandria Ocasio-Cortez, a young millennial socialist running for the House in a district that takes in part of the Bronx and Queens in New York.

Ocasio-Cortez is now traveling with Sanders in hopes of helping Democrats around the country who are hoping to steal control of Congress away from Republicans. She and Sanders just appeared at a campaign rally in Kansas for Democratic candidate James Thompson. The Thompson rally took place in a heavily Republican district of Kansas, but that did not stop Ocasio-Cortez from promoting her socialist agenda, which will most certainly result in the bankruptcy of America.

According a report on that political rally:

“Ocasio-Cortez has not as yet mastered the technique of speaking before large rallies, and reading from a script, she presented what this viewer—watching it on TV—saw as a largely lackluster recital of the programs she favored: Medicare for all, a $15 minimum wage, which is almost double Kansas’ current $7.25 an hour, and the promise that she and Thompson and Sanders “would not stop until our students get free college” without tuition payments.”

Her campaign issues may sound wonderful but they are definitely not free. Medicare for all will cost the nation hundreds of billions of dollars and probably trillions of dollars. The same is true for free college for all. If there is no tuition, then how do instructors, professors, researchers and administrators get paid? How do colleges and universities pay for their buildings, maintenance and utilities? Taxes – More Taxes – and MORE TAXES!

What Ocasio-Cortez is espousing is pure socialism where the government takes well over half of the people’s income in the form of taxes. To make her and Sanders’ plan work, it will force the federal government to more than double or triple federal income tax on individuals and on businesses. What happens when businesses have to pay higher taxes? They cut jobs and reduce hours on the employees they keep. The result will be a sharp rise in unemployment, which also means less money for people to spend which will result in losses for many businesses, homes will be foreclosed and millions will be forced to declare bankruptcy. A major recession and possible economic depression will sweep across America.

And sadly, far too many millennials have been blinded to the results of the socialist indoctrination they have received from 12 years of public education. Now consider that many Democrats are actually socialists in their agenda, only they don’t want to admit it. Take a careful look at the agenda of the Democratic Party and you will find that it is largely socialistic, which means, if they win control of Congress and the federal government, America is destined for bankruptcy, recession or depression.