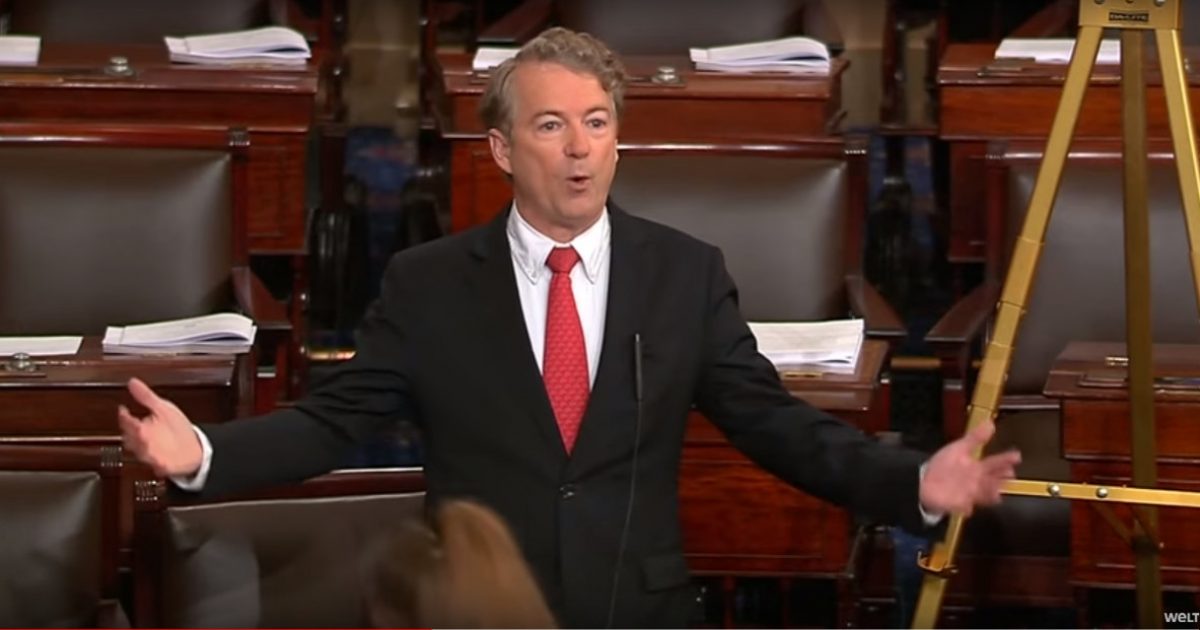 Sen. Rand Paul (R-KY) has been known for his brash, honest and open comments towards many of the ‘business as usual’ mentality of Washington politics. He was one of the first to reduce his staff and return many of his perk’s checks to the US Treasury, saying that every other member of the House ad Senate should do the same.

Paul is also the first member of Congress to openly declare that Hillary Clinton and her campaign colluded with Russia. Many of us have been waiting for someone in Washington to have the guts to stand up and point the finger at the real guilty party and finally Paul as done just that.

If only Congress would act upon Paul’s allegations, perhaps some real justice could be handed out.

(Constitution.com) –  In politics, there are always going be a certain number of risks that come with a lengthy and meaningful career, and a key part of the game is simply mitigating those risks.

Of course, Washington’s deep state swamp is a tricky one to navigate, with any number of serpents slithering about in the slime and between the cypress trees.  This is not anything new for Americans, but, with populist Donald Trump in the Oval Office, many believed that we would experience a massive shift toward clearer, more honest political path.

This has not always been the case, however, thanks to the lasting influence of the democratic leaders whose stranglehold on the media and certain pockets of political power have continued long into the presidency of Donald Trump.  One such influencer is certainly Hillary Clinton, whose time as Secretary of State continues to mar the American experience still today thanks to her incredibly shortsighted and selfish attempts to circumvent national security in pursuit of Clinton Foundation philandering…

Before Sessions recused himself from anything dealing with Russia, he made a statement that he would never prosecute Hillary Clinton for any crime and it seems obvious that Deputy Attorney General Rod Rosenstein is working with Mueller to find anything possible on Trump. This means that if Congress or the DOJ is going to act upon Paul’s accusation, then Trump MUST fire Sessions and appoint a good prosecutor to replace him. My number one candidate is Rep. Trey Gowdy (R-SC) who was a very bulldog-type prosecutor before entering politics.