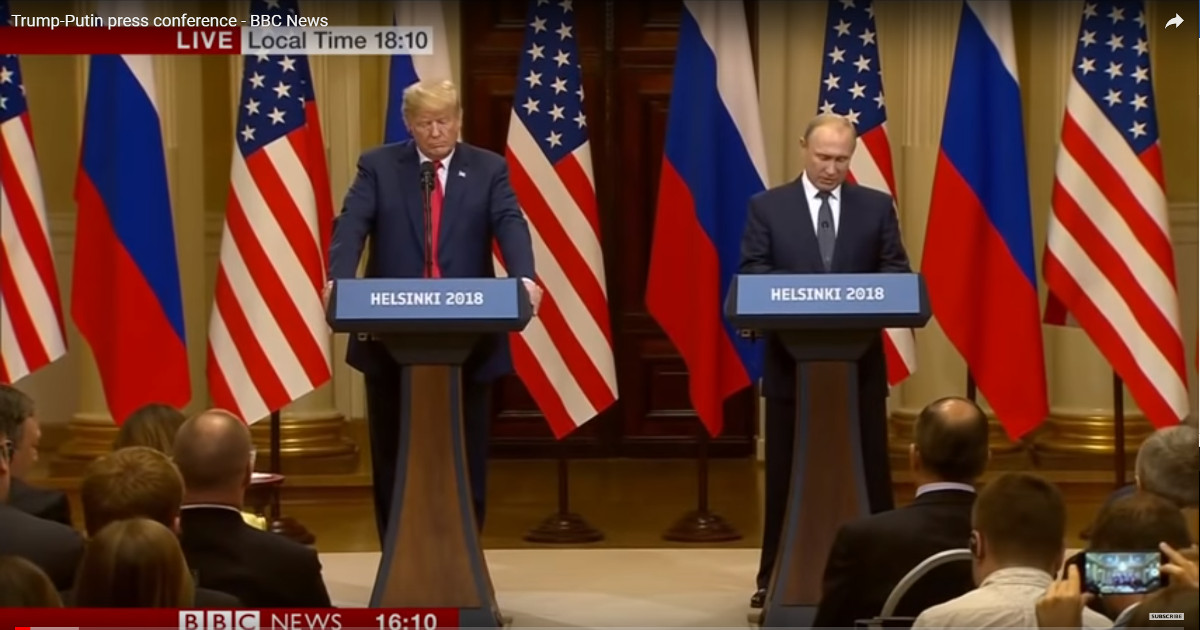 There is no secret that the mainstream media declared Russian President Vladimir Putin the clear victor of his meeting with US President Donald Trump BEFORE the meeting ever took place. After Trump misspoke at his press conference with Putin where he said ‘would have’ instead of ‘wouldn’t have’, the media, Democrats and Republicans in Washington DC were ready to tar and feather Trump and ride him out of town and out of the country. They claimed that he allowed Putin to walk all over him and they declared Putin the clear victor of the talks.

However, back home in Russia, much of the sentiment among the people and politicians are much the same about Putin as those here in the US are for Trump. Other than being a short-term publicity stunt for Putin, they believe that little, if anything, was gained for Russia, from the meeting in Helsinki.

(Tsarizm) – The Russian reaction to the recent Trump-Putin summit in Helsinki was very different from that of the Western media, which is continuing to promote the corrupt narrative of failure to bring down President Trump’s administration. Besides granting a short=term public relations boost to the Russian president for the domestic audience, experts doubt any long-term benefits.

“The meeting allowed Putin to demonstrate to the world that despite being isolated on the international stage, he is a prominent and important leader,” Dmitry Nekrasov, an economist and opposition politician, told The Moscow Times. “He was also able to show the Russian elite that he has retained his status.”

As well as sending a message to the world, however, Putin’s performance was also targeting a domestic audience, said political analyst Abbas Gallyamov…

The only people that are saying that the Helsinki talks were fruitful and successful are Trump and Putin. Americans seems to thing it was a bust and so do many Russians. So, who was the clear victor of the talks, if there was one? The media. It’s been a huge successful in their anti-Trump bashing and smearing and they will continue to use it to help influence this year’s midterm elections.