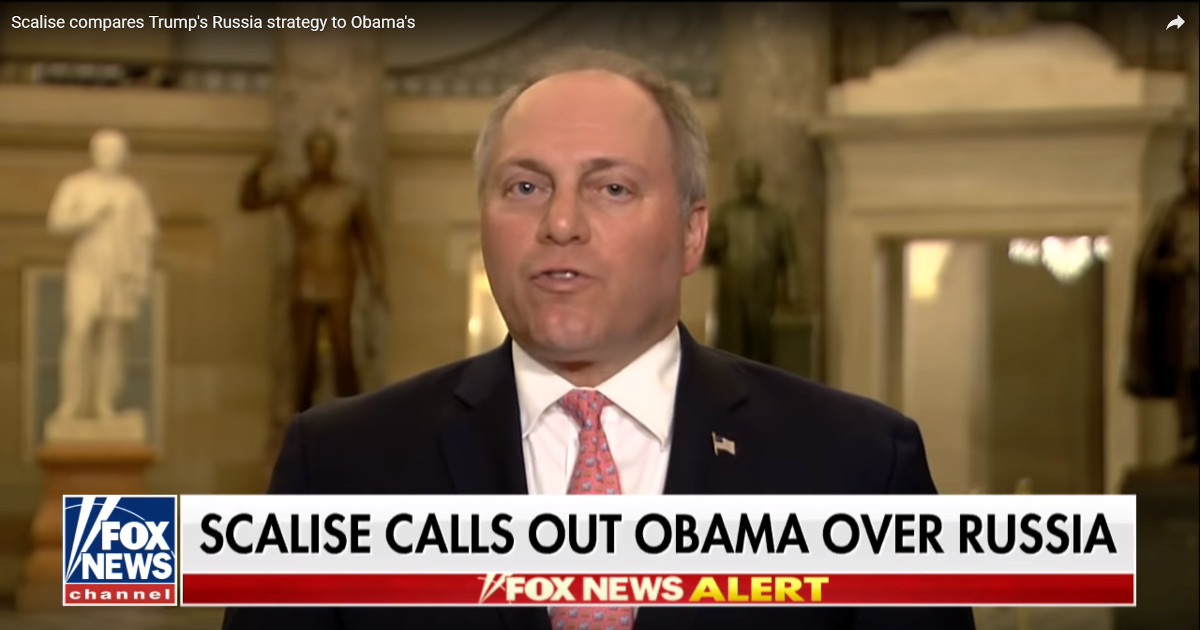 President Donald Trump has been trying to put out the largest firestorm of his presidency ever since his press conference at the end of his meeting in Helsinki with Russian President Vladimir Putin. Everyone, Democrats, the media and many Republicans, went after Trump for his statement as if he was public enemy #1 on the FBI’s 10 Most Wanted list.

Trump responded by clarifying and admitting that he misspoke when he said ‘why would it be Russia’. His notes read ‘why wouldn’t it be Russia’, but since Trump is not a career politician and has stepped on many toes while trying to fix the many of the problems created by Obama and other past presidents, so any are not accepting his admission that he simply misspoke.

I wonder how many of Trump’s critics have NEVER misspoken a single word in their entire lives? They forget that everyone is human and everyone is guilty of misspeaking from time to time. They would be wise to follow Jesus’ advice when he told a mob who were ready to stone a harlot:

“He who is without sin among you, let him be the first to throw a stone at her.” John 8:7.

Additionally, Rep. Steve Scalise (R-LA) has fired back at the Trump critics, reminding them of Barack Obama’s many failures in dealing with Russia and how they viewed Putin just a few short years ago.

In a series of tweets, Scalise began with:

“President @realDonaldTrump went into this meeting with Putin from a position of American strength to combat Russian aggression, but it’s important to remember how Russia was allowed to get to this point.”

Then Scalise began listing the failures of giveaways that took place during Obama’s reign.

He pointed out that in 2009, then Secretary of State Hillary Clinton handed Russian Foreign Minister Sergey Lavrov and a plastic reset button as a gesture to renewed relations with Russia. By resetting US-Russian relations, Clinton was basically saying that the US will ignore all of Russia’s wrong doing against our allies and the US. Clinton made a big deal of pushing the reset button with Lavrov in front of the media.

Scalise then reminded everyone of the conversation Obama had in 2012 with then Russian President Dmitry Medvedev. Obama thought the cameras and microphones were turned off, when he told Medvedev:

“This is my last election. After my election I have more flexibility.”

“I understand. I will transmit this information to Vladimir, and I stand with you.”

Scalise also brought up what happened in the 2012 election when GOP candidate Mitt Romney stated that Russia was America’s top geopolitical foe. Obama and his minions in Congress all blasted Romney, saying he was outdated and was still back in the days of the Cold War. Obviously, none of them considered Russia or Putin to be our top foe, as they do now, only 6 years later.

Scalise didn’t stop there, he moved to 2013, when Obama had drawn a red line concerning Syria and their use of chemical weapons. When Russia flexed its military muscle, Obama did not nothing and allowed Russia and Syria to cross the line.

He then pointed out that in 2014, Obama did absolutely nothing when Russia used military forces to annex the Crimean Peninsula away from the Ukraine.

I would like to add to what Scalise tweeted in condemning Obama and his administration by reminding everyone that it was the Obama administration that sold Russia 20% of our uranium and then covered it up.

What about the fact that the Obama administration knew about the Russian hacking and election interference early in the summer of 2016, months before the election, but did NOTHING to stop it or hold Russia accountable for it?

Additionally, don’t forget that the Hillary campaign and Democratic National Committee paid and worked with Fusion GPS to produce the dossier on Trump in hopes of derailing his campaign. It’s already been shown that Fusion GPS worked with Russia and even employed the Russian attorney who tried to trap Donald Trump Jr.

Democrats need to take a good long look at their own history of corruption, collusion and hypocrisy when it comes to Russia before they say another word against Trump for misspeaking by mistake and then admitting it. Referring again to the words of Jesus: