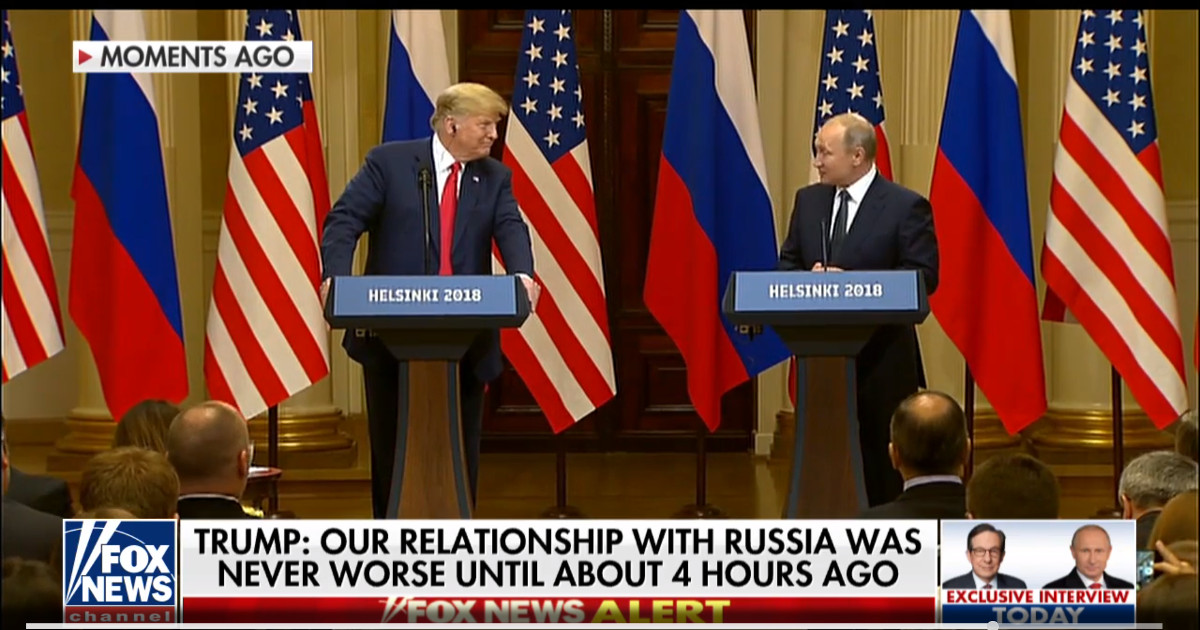 If you turn to any of the mainstream media networks you will hear that Putin thought his meeting with Trump was a success but Trump was not happy with the results. Of course, you need to realize that they had already published that conclusion PRIOR to the meeting ever taking place, indicating that no matter what happened, they were going to condemn Trump and praise Putin.

However, other sources say that both sides said the meeting was a success. When the subject of the 2016 election was brought up, Putin, expectedly denied any official Russian interference. Some reports indicated that Trump offered cooperation with the special counsel investigation and that Putin offered to cooperate with Mueller’s investigation, in a move that surprised everyone.

(Fox News) – President Trump and Vladimir Putin tackled allegations of election meddling in unprecedented terms following their one-on-one summit Monday, with Trump opening the door to an unusual offer of cooperation in the special counsel probe and the Russian president suggesting he indeed favored the billionaire businessman in 2016.

But Putin, emphatically and repeatedly, denied meddling in the U.S. election, saying there’s “no evidence.” And Trump, while saying they spent a “great deal of time” discussing the allegations, blasted the ongoing probe as a “disaster for our country.”

The two leaders spoke at a freewheeling joint press conference following a pair of meetings — one private — in Helsinki, Finland. Trump and Putin both touted the summit as a success, vowing to improve ties on a range of issues.

It will be interesting to see if a mutual cooperation does take place to wrap up the Mueller probe. However, Putin’s offer may be his way of keeping track and intimidating his indicted officials, as they will be less likely to reveal anything convicting if they know that Putin has agents present monitoring what they say.