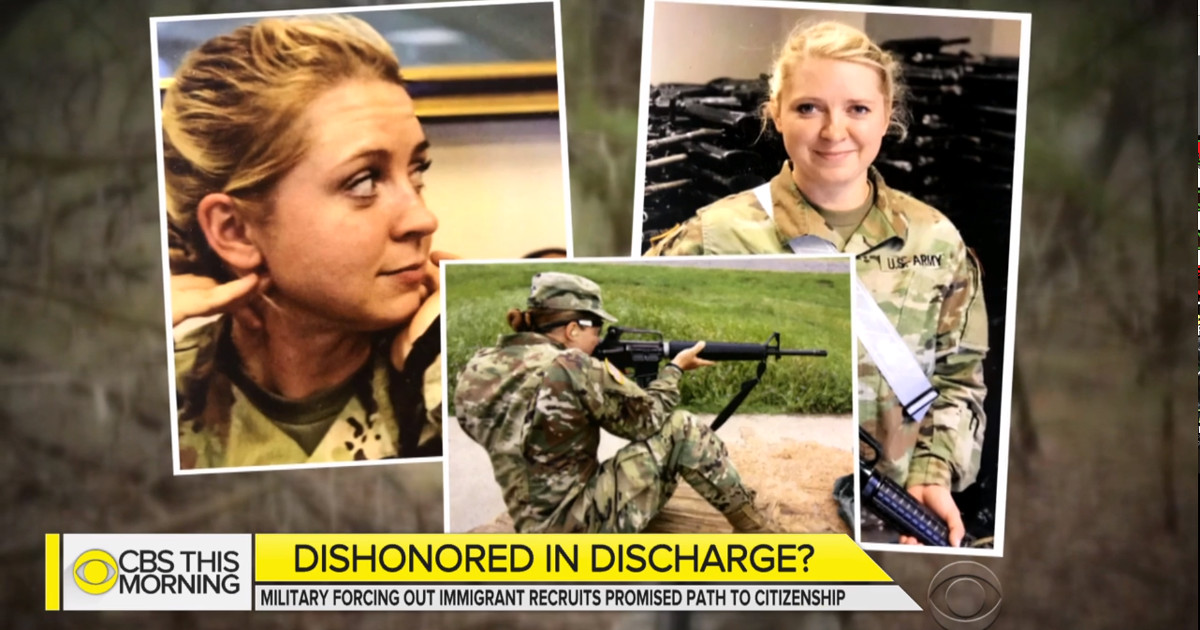 In 2008, under the administration of then President George W. Bush, the Department of Defense began a program known as Military Accessions Vital to National Interest (MAVNI). The program allowed the military to recruit legal immigrants who were not US citizens with certain medical, language or technical skills needed by the military. If the non-citizens met certain requirements and a background check, they were promised US citizenship after successfully completing their military service.

Over 10,000 non-citizens enlisted in the US military under the promise of US citizenship. These special MAVNI recruits were from Africa, Eastern Europe, China, India and Southwest Asia, nations the US needed people with language skills from. Some of the recruits were in the US on student visas and some were here as refugees.

Then Barack Obama decided to get involved in MAVNI and screwed it up enough to ruin the lives of over a 1,000 MAVNI recruits.

In 2106, Obama opened MAVNI up to DACA illegals. Note that the program was established for LEGAL immigrants and refugees who had already been screened and vetted by the government. The addition of DACA illegals forced a stricter screening process for all MAVNI recruits. The extra screening caused a huge backlog in the background checks that clogged the system.

Some are saying that the new screening for MAVNI recruits is stricter and more thorough than the screening of White House employees.

“They ordered so many background checks that they destroyed the program.”

“The background vetting that the Department of Defense has ordered on these people is much, much stricter than any vetting that is done… for a U.S. citizen getting a job at the White House.”

Under the tighter screening, some of the non-DACA MAVNI recruits are being deemed more questionable than before and their military careers and promised of US citizenship is in jeopardy.

Meet Private First Class Alina Kaliuzhna. Originally from the Ukraine, Kaliuzhna was here in the US as a student when she enlisted in the US military under the MAVNI program. She is currently a medic, stationed at Camp Bullis, San Antonio, Texas, but she fears she may be facing a discharge that she doesn’t want and that she could also be deported back to the Ukraine. She says she wanted to earn her US citizenship in an honorable way and that serving in the military under the MAVNI program was that honorable way of earning her citizenship.

The more thorough reviewer of her more thorough background check has flagged her. It is suspected that the reason is due to the belief that she was getting financial support from family still in the Ukraine. She told an interviewer, through the tears she tried to hold back:

“The dedication and service that they do — I thought it was extraordinary because it was a volunteer force. So I wanted to be a part of that.”

“I kinda got screwed a little bit.”

“You’ve committed your life to a bigger purpose and anybody who’s willing to do that deserves respect and be treated as a human. Not as a piece of paper.”

Kaliuzhna, along with about 40 other MAVNI recruits are facing being discharged because of the mess that Obama created by opening up a program for legal immigrants and refugees to illegal aliens. If she is discharged, she also fears being deported and that also scares her since back in the Ukraine, she thinks she will be treated as a traitor, putting her fate there in question.

Once again, Obama’s blind passion for illegal aliens ends up hurting others and ruining their lives. Such is the legacy of America’s most anti-American occupier of the White House.