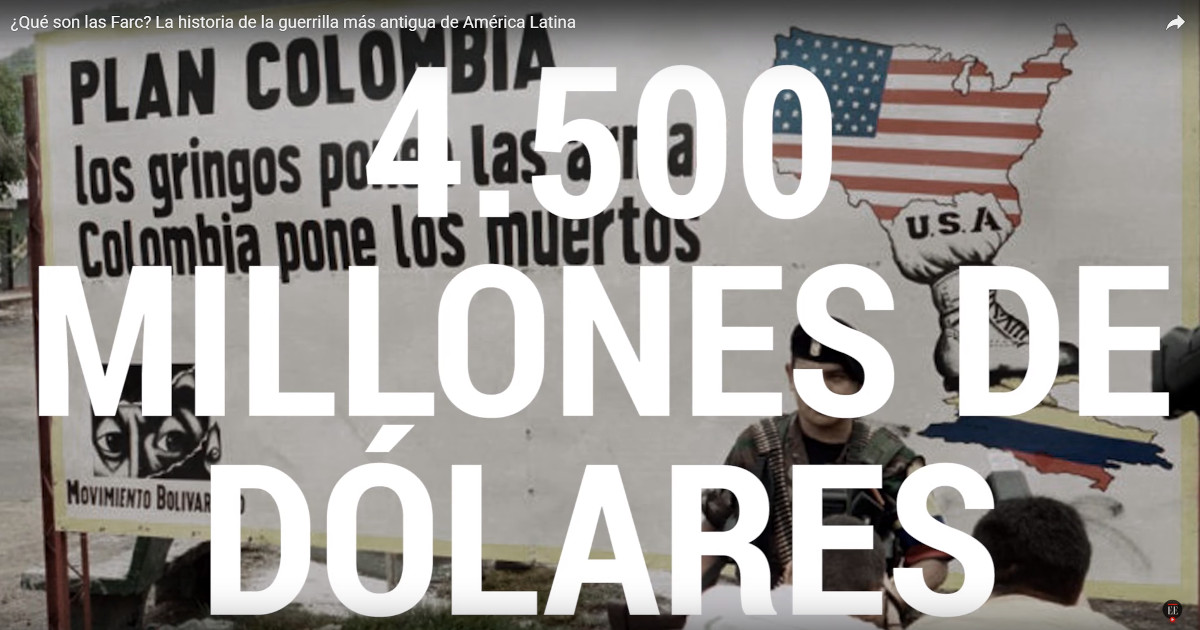 As a US taxpayer who works hard for every penny, how would you feel if you learned that some of your hard-earned tax dollars are being used to help fund violent Marxist guerrillas in another country?

You should be outraged to say the least, especially when you hear that watchdog organization that exposed the US federal funding going to this, is being attacked by one of Barack Obama’s wealthiest supporters.

Ever hear of George Soros? The Hungarian born multi-billionaire was one of the largest financial supporters of Barack Obama. Soros has also been a strong influence and financial supporter into a number of organizations in the United States and in other countries that are very socialist in agenda. Soros and his two sons, Robert and Jonathan have been in bed with the Democratic Party for several decades.

In 2004, Jonathan Soros was a board member of a highly questionable and controversial group known as America Coming Together (ACT), which was organized by the Democratic Party’s Government Union division.

Soros has also been associated with other socialist organizations like ACORN and the Service Employees International Union (SEIU) among others.

In a recent report by Judicial Watch:

“A Colombian human rights group funded by the U.S. government and leftwing billionaire George Soros is attacking Judicial Watch for exposing its ties to the country’s famously violent Marxist guerrilla. Judicial Watch’s involvement is on behalf of American taxpayers who unknowingly finance the political activities of the Soros Open Society Foundations (OSF) abroad, including in Colombia. The cash flows through the State Department and U.S. Agency for International Development (USAID) and is used to support extremist groups that want to rewrite Colombia’s history by granting terrorists from the Fuerzas Armadas Revolucionarias de Colombia (FARC), the guerrilla formed by communist farmers in the country’s central region, the same rights as legitimate police and military forces. The movement, supported by the Obama administration, also seeks to rebrand decades of massacres, kidnappings, child soldiering, and drug trafficking by a criminal syndicate as simply ‘50 years of armed conflict’.” [Emphasis mine]

“In March Judicial Watch filed a Freedom of Information Act (FOIA) lawsuit against USAID and the State Department for records relating to their funding of the political activities of OSF groups in Colombia. Among them is a Bogota-based nonprofit called Dejusticia that claims to promote human rights and is run by a leftwing attorney named Rodrigo Uprimny. Both Soros and Uncle Sam fill Dejusticia’s coffers and Uprimny is considered one of the FARC’s biggest allies and promoters. A Colombian news report describes Dejusticia as a highly influential entity that has promoted the ‘terrorist group FARC’ to the point of converting it into a legitimate political ally of the government which includes personal sessions with Colombia’s president. Because It’s impossible for the FARC to erase its crimes it depends on the well-known attorney’s systematic defense which makes a mockery of victims, the news report states. Like Judicial Watch, the news agency is also a target of Dejusticia’s attacks…”

“As part of the same investigation into the U.S.-funded Soros agenda in Latin America, Judicial Watch also recently exposed the FARC ties of the head of a global commission operating in Guatemala under the notoriously corrupt United Nations (UN). He’s a Colombian attorney and former judge named Ivan Velásquez, who runs the UN-backed International Commission against Impunity in Guatemala (CICIG), a controversial body known to utilize measures that threaten the impoverished Central American nation’s sovereignty…”

Thanks to Barack Obama and Democrats, our tax dollars are being used to help fund a violent Marxist guerrilla group who is working to destabilize and overthrow another country, and to help fund other socialist anti-government groups in other countries.

Let me ask you a simple question – is the US funding of these Soros groups that are working to destabilize Colombia and Guatemala any different than Russia meddling in America’s 2016 election? Doesn’t it amount to the same thing? Shouldn’t this warrant the same public and political outrage as the Russian election meddling has garnered?