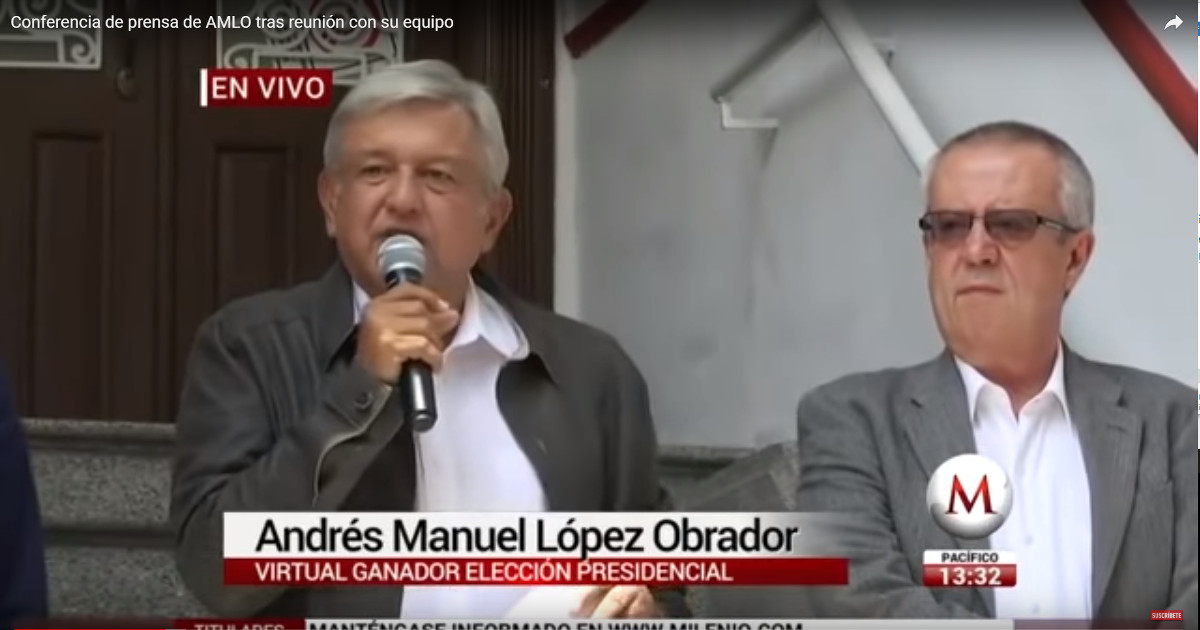 One of the issues that has made illegal immigration across the US-Mexico border such an epidemic has been the lack of cooperation with Mexico. The Mexican government is quick to arrest any American who crosses into Mexico illegally, but they have done virtually nothing to prevent their citizens from illegally entering the United States.

For years, it seems like Mexico has been more than happy to send as many of their people to the United States as possible. Most of those were among Mexico’s poorer people and ones the government does not want to support or take care of.

Another reason Mexico has been happy to allow many of their people to illegally enter the US is that many of the illegals get paid in cash, keep just enough to live on here and then send the rest back to their families in Mexico. That’s been a sizeable influx of US cash into the Mexican economy.

Earlier this summer, Mexico held their presidential election. The leading candidate was Andrés Manuel López Obrador, a leftist socialist. During his campaign, AMLO, as he is known, declared that he would defend the right of all immigrants to find a life in the United States. He said that immigrating to the US, legally or illegally, was a human right and one that he would defend and encourage.

In June, I wrote:

“If AMLO is elected and he adopts this policy, then Mexico should be viewed as an enemy nation that is trying to infiltrate the United States. What I don’t understand is that so many Mexicans come to the US to escape their life in Mexico and then they just recreate the same type of life here that they wanted to escape from. We need to get the border wall built asap and place armed US troops along the wall to secure the border.”

AMLO has also been highly critical of US President Donald Trump and his zero-tolerance policy on illegal immigration. He used a typical socialist campaign of promising more jobs and more prosperity for the working people, something socialists have been promising for years, but rarely delivering.

Mexico’s election was July 1 and AMLO won. Democrats in the US were thrilled. They had a strong ally south of the border that was ready to send millions more prospective Democratic voters illegally into the US.

However, AMLO seems to be realizing just how much Mexico needs the cooperation of the United States. President Trump has threatened to end some of the important trade agreements between the US and Mexico unless Mexico starts taking action on their side of the border to prevent illegal immigration into the United States.

“There will be many changes, and in this new atmosphere of progress with well-being, I’m sure we can reach agreements to confront together the migration phenomenon as well as the problem of border insecurity.”

A month ago, AMLO stated that immigration into the US was a human right but now, he is promising Trump that he wants to work with Trump in securing the border and reducing illegal immigration. America’s Democrats are in shock at the sudden turn by AMLO as they see their potential millions of illegal voters about to be stopped by both the US and Mexico. This puts a real chink in Democrats’ plan to win future elections illegally, if necessary.