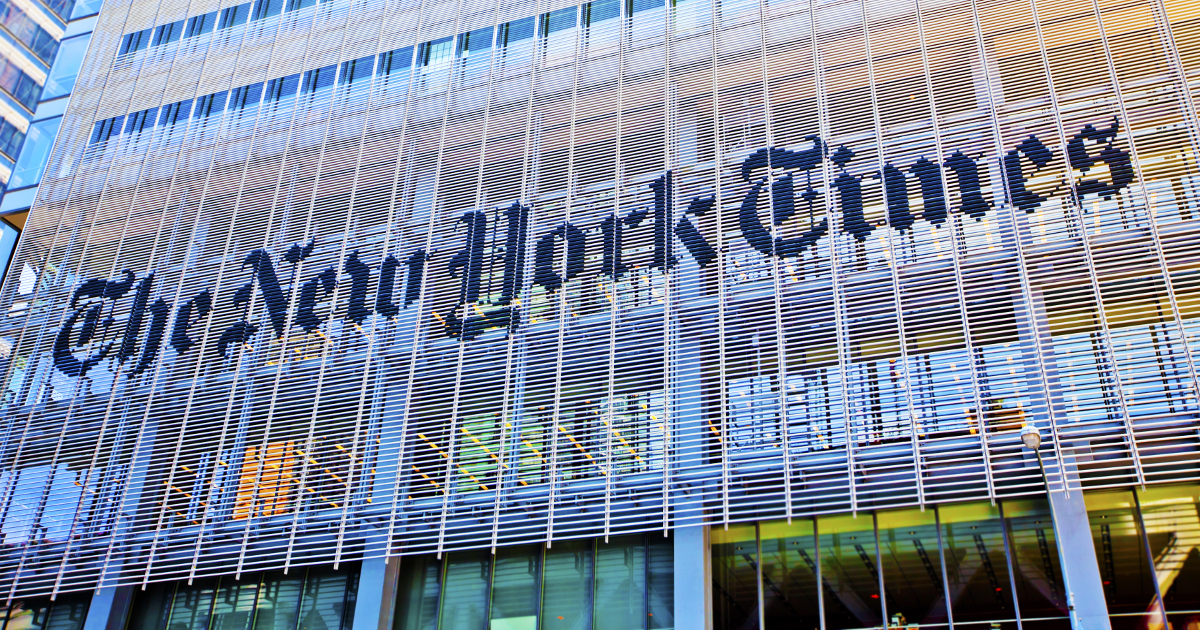 Do you know anyone who constantly picks on others but cannot stand to be picked on themselves? They are quick hurl insults and snide comments, but get really riled when anyone else hurls insults or snide comments at them.

That describes the New York Times. Ever since Donald Trump announced his candidacy for president, the New York Times, along with many other mainstream media outlets began picking on Trump. Not only has the Times hurled insults at Trump, but they have been caught a number of times distorting the news and even publishing fake news in a concerted effort to smear and undermine Trump.

Donald Trump has never been one to run away from insults, but he’s one of those comes out with both barrels blazing and that’s what he’s done with the New York Times and they don’t like it.

(Constitution.com) – The President of the United States has been roundly attacked by the entirety of the mainstream media from the very moment that he stepped foot on the political stage just a few years ago.

You see, Donald Trump was a brash, boisterous, and unruly businessman who was a master of massaging his image, and the 24 hour news-cycle sycophants were entirely unprepared for the storm that was brewing.  This is why a great deal of coverage of the 2016 election was dedicated to whether or not The Donald would continue to utilize Twitter while acting as the Commander in Chief; the leftist lurches in the media were terrified of the possibility that their every word would be rebutted in realtime, without their liberal filter, back out to the American people.

This is precisely what has occurred, as well, leaving legacy media outlets such as the New York Times without much of a leg to stand on when it comes to confronting the President…