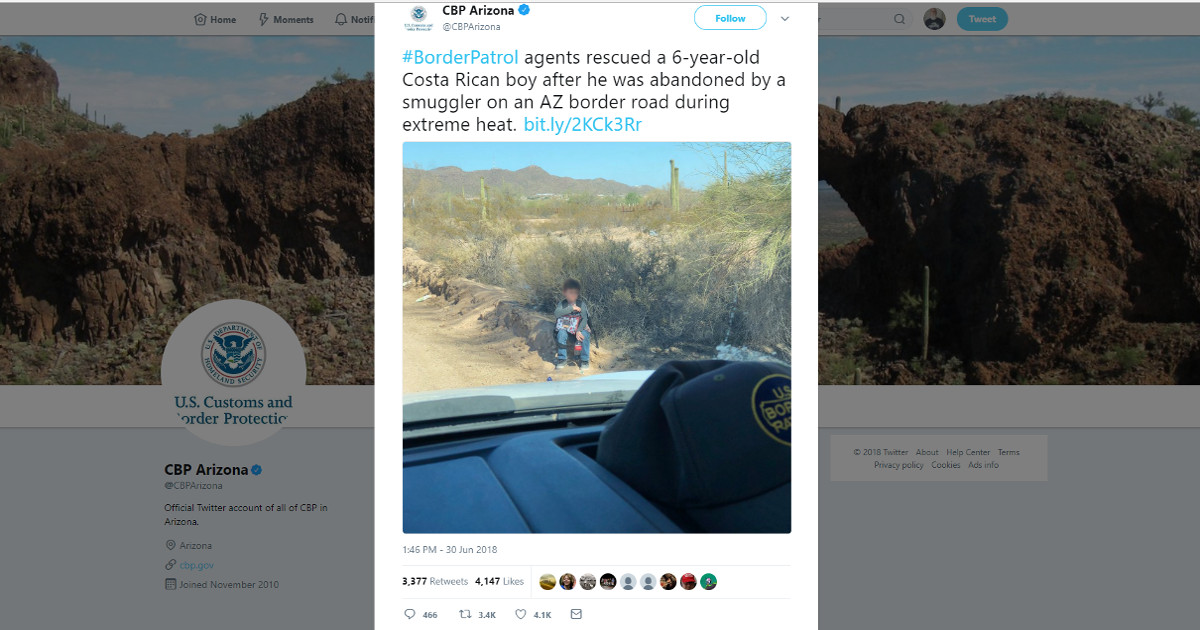 Over the past couple of weeks, Democrats and the mainstream media have been focused on trying to blame President Donald Trump and Republicans for the way illegal alien families are being processed and separated. They intentionally ignore the fact that this has been standard operating procedure for over 20-years. It’s only an issue now because Democrats are desperately grasping at anything they can use to win the midterm elections.

Even after President Trump signed an executive order to end the separating of illegal alien families, it’s not enough. In their blind hatred of Trump and every other conservative, democrats have begun calling for the elimination of Immigration and Customs Enforcement (ICE).

Just as Democrats have been ignorantly blaming Trump for policies that have existed during the tenures of Bill Clinton and Barack Obama, they are blindly blaming Ice for separating illegal families being held in detention.

What the mainstream media and hate-filled Democrats don’t and won’t tell you is how many illegal aliens they have rescued and saved their lives.

Border Patrol agents have found illegal aliens stranded in the hot deserts without enough water to survive. A rancher I once knew often spoke about how Border Patrol agents working on his ranch and others, had found and rescued illegal alien families. He once told me that agents found one family where the mom was carrying her dead little girl who had died of the heat and lack of water while crossing into the country.

I’ll never forget him saying that any parent who puts their child in that kind of danger is not fit to be a parent and should never have custody of their kids. He went on to say that the role of a parent is to raise, teach and protect your kids, but these illegal alien parents are teaching their kids to violate US law and they are failing to protect their kids from harm by dragging them across the hot uncaring desert. I wish he was still alive and able to share this with Democrats and the media.

Last weekend, Border Patrol agents working in the area of Lukeville, Arizona were driving along a dirt road when they happened upon a lone 6-year-old boy, just sitting on the side of the road in over 100-degree heat. The boy, from Costa Rica, told Border Patrol agents that his ‘uncle’ left the boy there alone and told him that Border Patrol would find him and pick him up. But what if Border Patrol had not been driving on that road for another couple of days? Chances are, the boy would have died from the heat and lack of water.

Border Patrol saved this boy’s life, as they save the lives of many others, and yet, you’ll never hear that from Democrats or the mainstream media.

Lastly, if illegal aliens are so upset and worried about being separated from the kids, then they shouldn’t be bringing them across the border illegally in the first place. Everything has a consequence and if the consequence for an illegal act is strong enough, it will deter others and that’s what should be happening to curb the flood of illegal aliens.