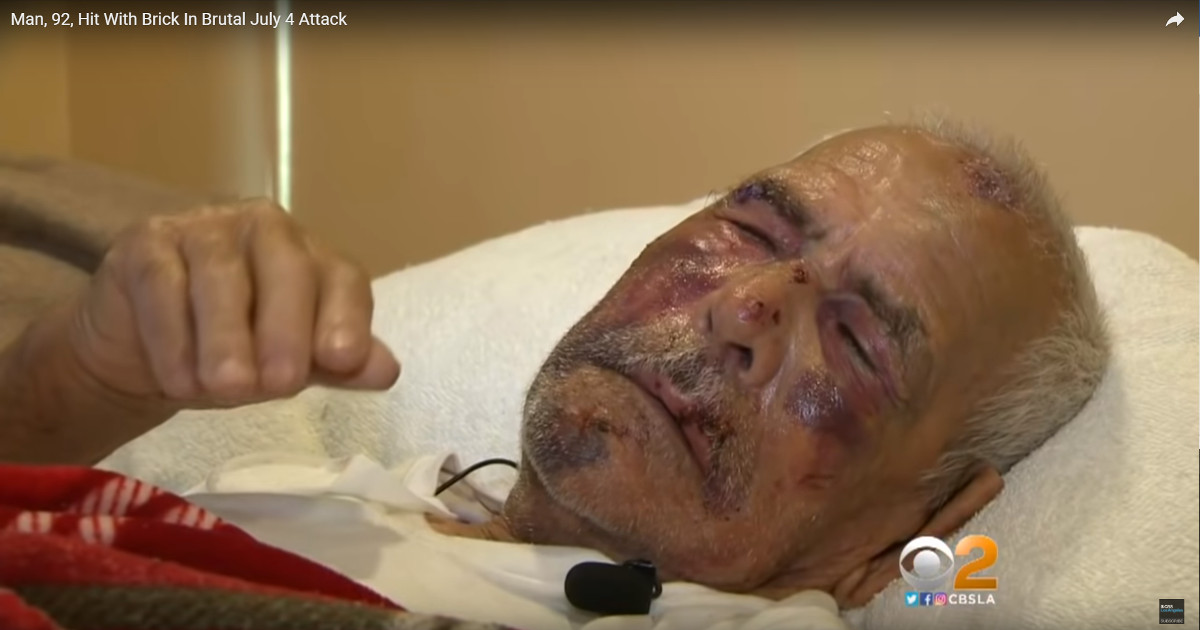 The mainstream media will resort to any means possible to slam and smear President Donald Trump and conservative Americans. They will twist and distort the truth and sometimes omit key facts and then report a news story in such a way as to blame others for the actions of those they protect.

I’m sure you’ve heard about the brutal attack of 91-year-old Rodolfo Rodriguez by a woman wielding a brick and yelling at him to go back to his own country. The media did their best to make the news report sound like the attack was carried out by a Trump-supporting white woman, but once again that was misleading as the 30-year-old attacker was in fact a black woman.

(Constitution.com) – The media went wild over the last few days about the story of a 91-year-old Hispanic man who was brutally beaten in Los Angeles by a “woman” who was yelling that he should “go back” to his country.

The media played the story without bothering to tell race of the “woman” and many liberals went crazy to attack “Trump’s America” because “white women” are now trying to kill Hispanics. Only there was one problem with the left’s narrative: the “woman” ended up being black.

Still, without knowing the race of this vile thug who attacked the aging man, liberals were up in arms about the evils of Americans when reports emerged that an elderly Hispanic man was beaten with a brick and told to “go back to your country.”

The media didn’t exactly lie this time, but they intentionally did their best not to report the color of the skin of the attacker and then worded their reports to implicate whites and Trump supporters. This is the same type of reporting that cause many to no longer classify what most of the mainstream media does as journalism.