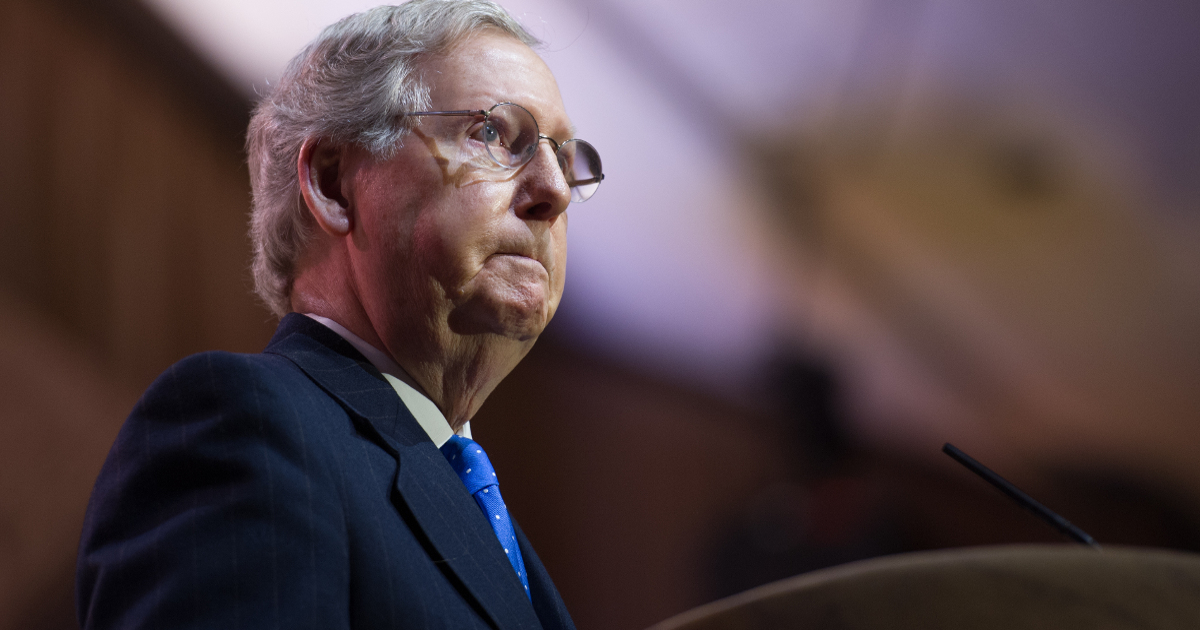 President Donald Trump has promised to name his selection for the Supreme Court sometime today. Before his announcement, members of the Senate were already picking sides and urging the president who to select.

Then there is the worthless has been who unfortunately is serving as the Senate Majority Leader – Mitch McConnell (R-KY). In his typical RINO ideology, McConnell has been trying to push Trump into selecting Judge Ray Kethledge to replace retiring Justice Anthony Kennedy. Why Kethledge? Because he is not a conservative, but a moderate, like Kennedy, at best.

McConnell has, in private conversations, said he is pushing Trump to pick Kethledge for the slot because he thinks Kethledge’s positions in contravention of the GOP base on certain issues like immigration would make him an easily-confirmed nominee in an election year.

“McConnell has said he does not want a SCOTUS battle in an election year,” one source briefed on McConnell’s comments to a variety of people around Washington, including at least one journalist whom the Senate Majority Leader spoke with off the record ahead of Monday’s announcement. “He thinks Kethledge would be easy to confirm because Kethledge is not a consistent conservative.”

Out of the three suspected finalists for the esteemed position on the nation’s highest court, Kethledge is the least conservative and probably stands the best chance of being confirmed. Another top contender is Judge Amy Coney Barrett, but her chances of being confirmed are slim due to her strong Catholic faith, which many in the Senate will hold against her.