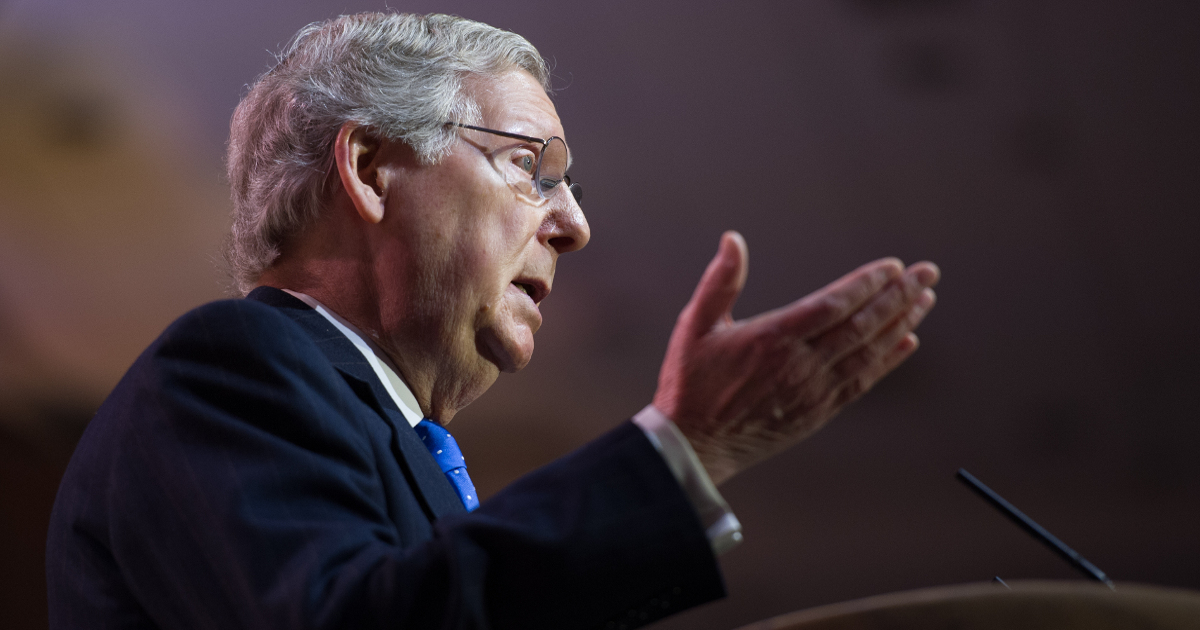 In February 2005, Republicans had control of both the House and Senate. According to Gallup, the approval rating for Congress was 45% with a disapproval rating of 48%.

In the 2006 midterm elections, Democrats gained control of the House while the Senate was split 49-49 with 2 Independents, who generally voted with the Democrats, thus giving Democrats control of all of Congress. In January 2007, the approval rating for Congress was only 35% with a disapproval rating of 55%.

Although America had a Republican president (George W. Bush), Democrats controlled Congress and basically did their best to block everything Bush tried to accomplish. Then Democrats blamed Bush for all of America’s problems and the growing recession which was actually the fallout of Bill Clinton’s creative mortgage fiasco.

At the time of the 2008 election, the American people were getting fed up with Congress and their lack of doing the will of the people. According to Gallup, the November 2008 approval rating for Congress had dropped to 19% with 74% disapproving of Congress. With the Democrats and media blaming Bush and Republicans, Obama won the White House and Democrats retained control of Congress.

By the time the 2010 midterm elections took place, approval of Congress fell to 17% with 77% disapproving. The result was that voters gave control of the House to Republicans, but they were unable to accomplish much since the House Majority Leader John Boehner constantly ignored the will of the people and caved in to the demands of Obama.

A year later, the people handed control of the Senate over to Republicans. When the new GOP majority was sworn in, approval ratings for Congress managed to climb to only 20%, still quite dismal and indicative of how little confidence the people had in Congress.

By the time the 2016 election rolled around, the approval rating was still only 19%, but for the first time since 2005, Republicans had control of the White House, Senate and House, and many Americans hoped that this would mean that Congress could finally begin to do what they should be doing.

One person I know described Congress as being impotent due to their lack of purpose and refusal to listen to the American people. Sure, Congress managed to pass the tax reform bill, but they were unable to do anything to fix or replace Obamacare and they’ve been unable to fix immigration.

One of the main topics before Congress at the time is gun control versus gun rights. Both sides are adamant and passionate about their views on the subject. Both sides have turned to Congress to resolve the problem.

Senate Majority Leader Mitch McConnell (R-KY) was speaking to community leaders in Danville, KY when he told the crowd that all Congress can do is appropriate funds and other than that, there is little they can do about other issues like gun control.

With this kind of attitude, no wonder Congress has such low approval ratings and why the best description of them is being impotent to accomplish anything.

Texas Gov. Greg Abbott recently stated that the debate on gun control was decided in 1791, the date the Bill of Rights, which includes the Second Amendment, was ratified and became part of the United States Constitution.

If Congress wasn’t so impotent, they should pass a bill reaffirming the Second Amendment rights of the American people to keep and bear arms. They could pass gun rights bills that would give every law-abiding American the constitutional right to carry a concealed weapon for self-defense, especially considering how dangerous the streets of America have become and how many home invasions there are. Congress could toughen up the laws on those who use a gun in the commission of crime and force mandatory sentences for gun violations and not let the out of prison early. If people knew that using a gun in the commission of a crime would land them in prison for a minimum of 25 or 50 years with NO probation or parole, that would definitely cause some to change their minds.

Yes, there are things Congress can do to stiffen the penalty for gun crimes while upholding the Second Amendment rights of the American, but with the leaders in Congress admitting there is nothing they can do, well, what can anyone expect but political impotence from our elected officials.