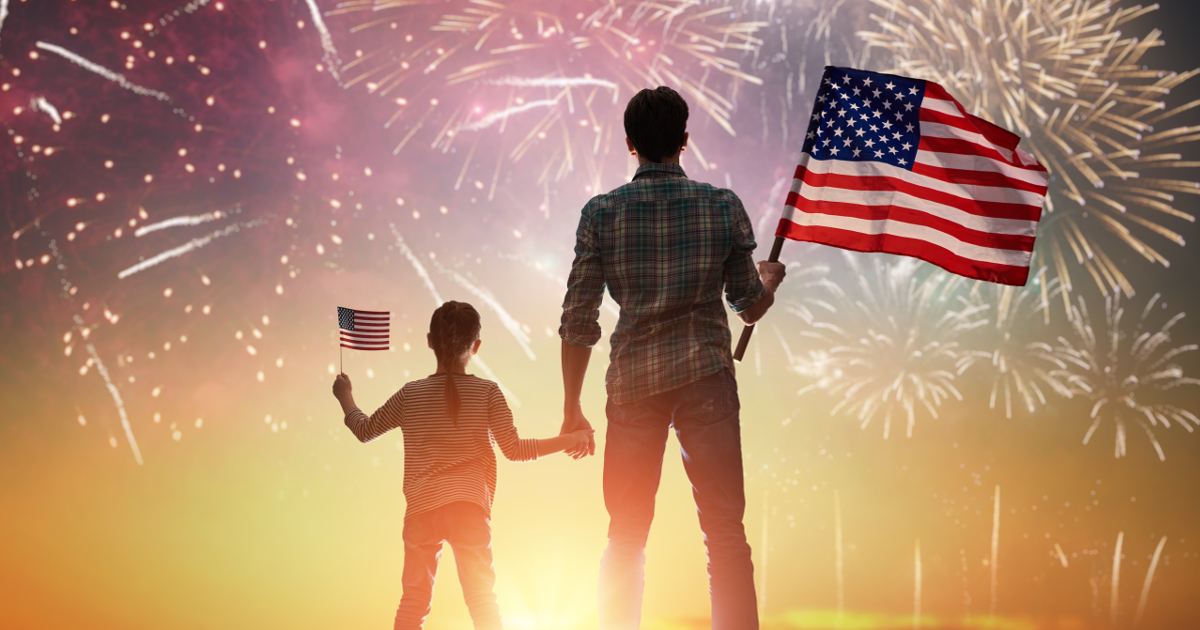 Today, we celebrate America’s declared independence from Great Britain in 1776. Over the past few years, I’ve had the opportunity to speak to a number of people about July 4 and America’s independence and most of them know so little about what really happened, the men involved and the sacrifices they were willing to make in signing the historic document.

I wish every person in the country today would take a few moments to read this and maybe do a little research of their own about what July 4 really means.

To begin with, did you know that technically, July 2nd is America’s real Independence Day?

On June 7, 1776, Richard Lee, a delegate from Virginia wrote what is referred to as the Lee Resolution which was introduced to the Continental Congress. The resolution read:

“Resolved, That these United Colonies are, and of right ought to be, free and independent States, that they are absolved from all allegiance to the British Crown, and that all political connection between them and the State of Great Britain is, and ought to be, totally dissolved.

That it is expedient forthwith to take the most effectual measures for forming foreign Alliances.

That a plan of confederation be prepared and transmitted to the respective Colonies for their consideration and approbation.”

This led to a series of debates that revealed that there were six colonies; Delaware, Maryland, New Jersey, New York, Pennsylvania and South Carolina, who did not support the idea of declaring independence from Great Britain. Their reluctance to vote in favor of Lee’s Resolution caused the Continental Congress to delay the vote until July 1, 1776.

During the vote delay, others in Congress wanted to be prepared for a Lee’s Resolution to be passed so they selected a committee of five members of Congress to prepare a draft for an official declaration of independence. The committee of five consisted of: John Adams (Massachusetts), Benjamin Franklin (Pennsylvania), Thomas Jefferson (Virginia), Robert R. Livingston (New York) and Roger Sherman (Connecticut). Just as Lee was known for his speaking skills, Jefferson was known for his writing skills, so he was given the task of penning the soon to be historic document.

On June 28, 1776, Jefferson’s draft was presented to the Continental Congress.

On July 1, 1776, the Continental Congress resumed debate on Lee’s Resolution. Verbally, it seemed that most of the delegates favored Lee’s Resolution, but they delayed the formal vote for another day in order to make sure it was a unanimous vote.

On July 2, 1776, the Continental Congress voted on Lee’s Resolution. Twelve of the 13 colonial delegations voted yes, while New York’s delegation abstained. They were not sure if the people of New York were in favor of declaring independence or not. John Adams believed that July 2, 1776 would be a ‘most memorable epoch in the history of America.’ However, July 2, 1776 faded into obscurity due to the final formal vote being delayed for 2 more days, giving Jefferson time to make some editorial changes to the draft.

There were 56 delegates who signed the Declaration of Independence, but do you have any idea what their signatures meant?

It meant that all 56 would be declared traitors to the British crown. Being a traitor, the signees were risking everything they owned – their homes, businesses, land and even their families – but more importantly, it meant they were risking their lives in declaring America’s freedom.

What are you willing to risk your life for? Are you wiling to risk it for what you believe in or for the country you cherish? What would happen if you did make such a risk and ended up losing every worldly possession you own including your family and your freedom? Think about what it would mean to and your family to lose everything and then you might get a glimpse of just what it meant for each of those 55 men to take the quill pen in their hand, dipping it into the ink well and then placing their signature on a document that would lead to 8 years of war and the eventual birth of brand new country.

As you enjoy the fireworks, food, fellowship, family and friends, take a few moments to share this with them and help others realize the forgotten sacrifices that 56 men were willing to make in order secure our freedoms today. Let’s not let them down, but be willing to stand up and make a sacrifice to defend our freedoms that are being ripped away from us.