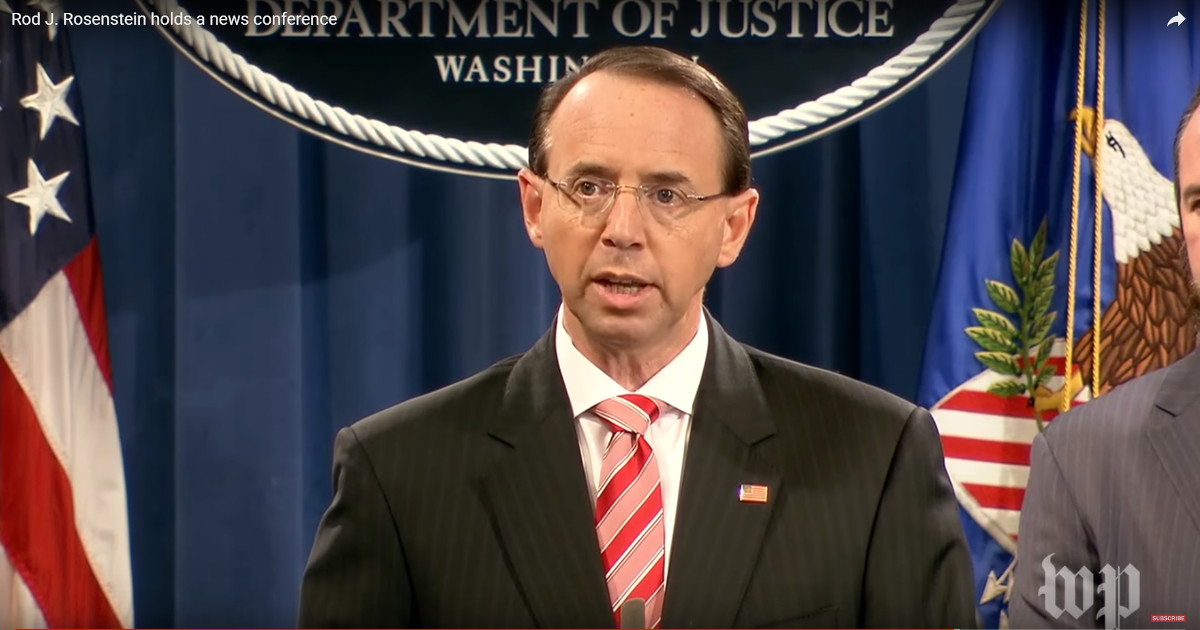 Monday, President Donald Trump is scheduled to meet with Russian President Vladimir Putin. There is a lot of international importance in this meeting between the tow world leaders. We know that at least one of the topics of the meeting will be Germany’s buying oil from Russia via a pipeline and possibly North Korea. Some have speculated that Trump’s trade tariffs may also be a topic.

With so much riding on this meeting, one has to question the timing of US Deputy Attorney General Rod Rosenstein’s timing in announcing new indictments filed against 12 Russian intelligence officials for allegedly hacking into the systems of the Democratic National Committee and the campaign of Hillary Clinton.

(Constitution.com) – In a stunning turn of events today, Deputy Attorney General Rod Rosenstein called an impromptu press conference to speak on a subject simply described as a “law enforcement matter”, with the vagary piquing America’s interest.

Of course, the presumption was that Rod Rosenstein would be speaking on the subject Special Counsel investigation into Russian election tampering that has now been ongoing for over a year with no real results to speak of.  The left still believes that the Paul Manafort charges will somehow create an issue for President Trump, but no evidence has been presented to bolster that opinion in the least.

Even though Rosenstein has been appointed to his various positions by Republicans presidents, including Trump appointing him to his current position, it seems that the way Rosenstein has given Special Counsel Robert Mueller a very long leash and tons of latitude to extend his investigation far beyond the original scope laid out of the special counsel, brings into question his motives. His timing of the indictments of the Russian officials can’t be a coincidence and could be intended to undermine any meaningful discourse and agreements between Trump and Putin.