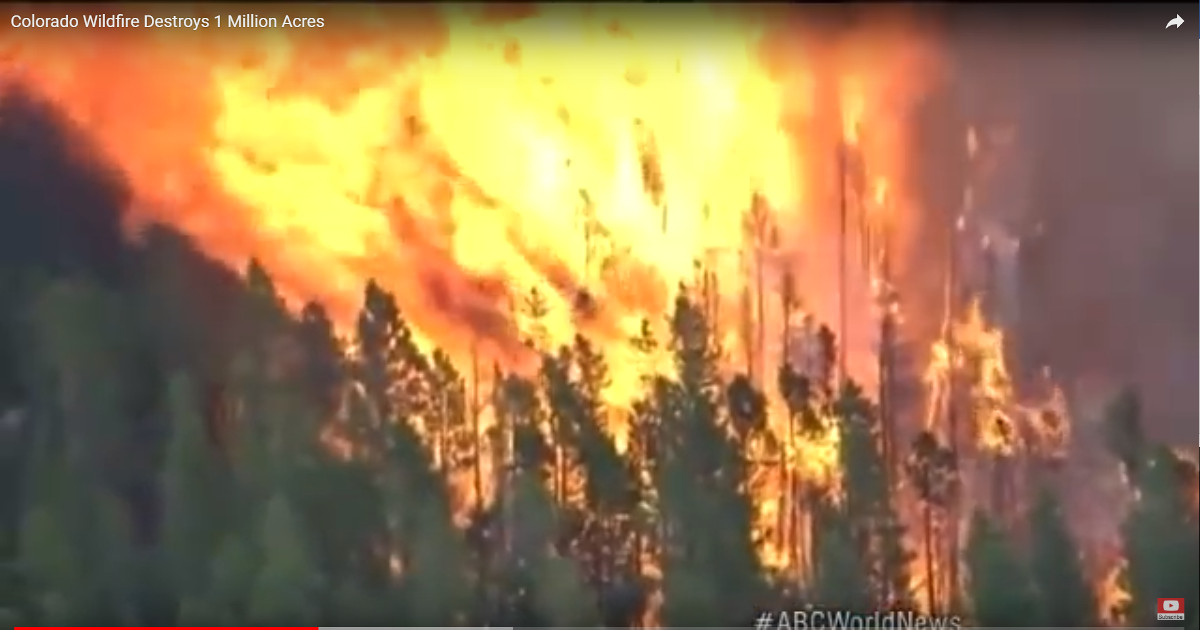 Every year around this time, the news is filled with out-of-control forest and range fires, mostly in the western United States. Some are started by lightening and others have been started by careless people or intentionally started by arsonists.

My parents and sister came close to losing their homes a few years ago, due to a huge forest fire that was started by a couple of careless campers.

Colorado has seen their fair share of forest fires over the past few years and after extensive investigations, an illegal alien has been arrested and charged with starting fires in Colorado that have burned thousands of acres and forced people from their homes.

(Infosurhoy) – A man was arrested on Saturday on charges of starting a forest fire in Colorado that has destroyed structures and forced hundreds to evacuate their homes in one of dozens of wildfires raging across the drought-hit U.S. southwest.

Jesper Joergensen, 52, was taken into custody last Saturday for the suspected arson that started the Springs Fire, according to Costilla County Sheriff’s Office Facebook page.

Joergensen is not a U.S. citizen and will be handed over to ICE once he has faced arson charges, said a Costilla County detention officer.

The officer could not immediately say what nationality Joergensen held.

The fire has scorched over 38,000 acres (15,378 hectares) between the towns of Fort Garland and La Veta in southern Colorado, forcing more mandatory evacuations of homes and ranches on Saturday in a mountainous area of public and private land.

I wonder how many of the people who have lost homes and businesses in fires like the ones out west are among those protesting against President Trump and America’s immigration policies, calling for open borders and the elimination of ICE? Not very many if they learn the fires were intentionally set by an illegal alien.