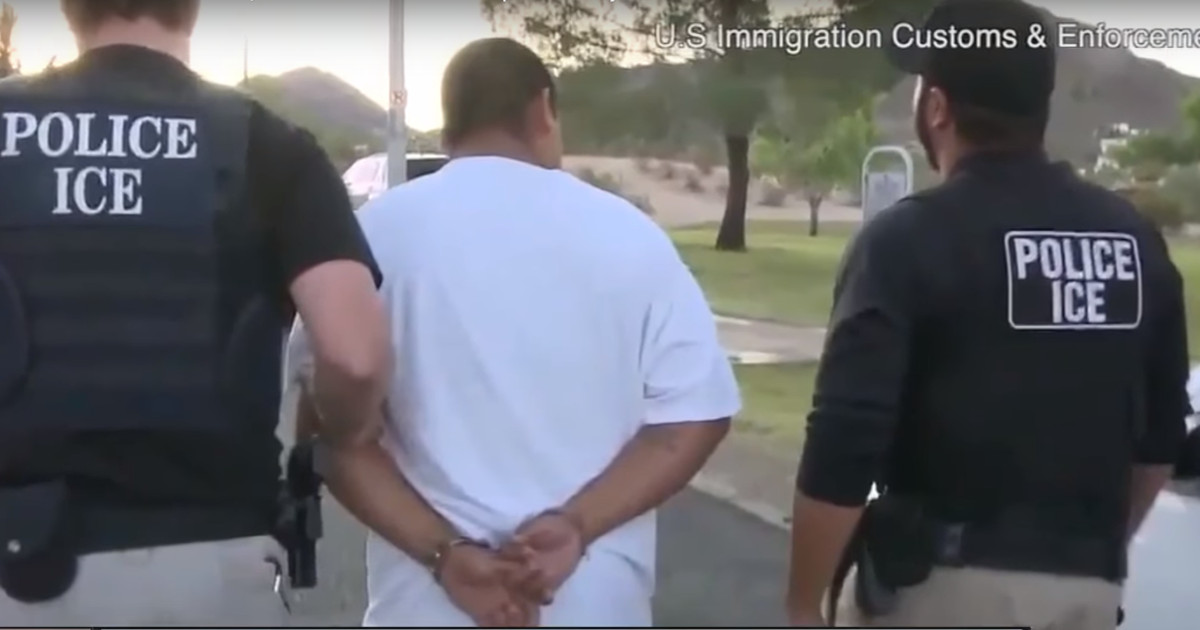 When Barack Obama illegally decided to change the way Immigration and Custom’s Enforcement (ICE) and Border Patrol enforced federal immigration laws, he promised that he would still arrest, detain and deport any illegal alien with a criminal record, while he vowed to release as many illegals back into our neighborhoods as possible.

Well, he kept the second part of his promise by releasing hundreds of thousands of illegal aliens back into our neighborhoods where they can take jobs away from many needy Americans, sponge off of local and state governments as well as the federal government, and cost US taxpayers over $100 billion a YEAR. They are also free to victimize US citizens, which many of them do.

Over the past 8 years, I’ve written many articles about illegal aliens committing horrible cries against American citizens. Thanks to Obama, his open borders and system of protecting illegals, thousands of Americans have been robbed, beaten, sexually molested, raped, stabbed and brutally murdered.

Remember Kathryn Steinle of San Francisco? She was shot and killed by an illegal alien who had numerous arrests, a long criminal record and who should have been in jail or handed over to ICE officials. However, the anti-American Democrats in San Francisco, a self-declared sanctuary city, released the illegal who then ended up killing Steinle. After being fatally shot, she died in her father’s arms, something no parent or anyone should have to live with.

Don’t forget about the many reports of MS-13 gang members brutally murdering numerous people and more. While they are present in most cities, it seems that the bulk of their crimes that make the news are those committed in California and on the East Coast around New Jersey and New York.

MS-13 gang members as well as millions of other illegal aliens are granted safety in many Democrat controlled cities. They call them sanctuary cities, which technically means that they intentionally violate US immigration laws and intentionally obstruct justice by refusing to cooperate with federal immigration officials.

Under President Donald Trump’s zero tolerance policy on illegal immigration, ICE agents are ignoring Democrats and their sanctuary status. Earlier this year, ICE agents planned a raid in Oakland, but the city’s ultra-anti-American mayor, Libby Schaaf issued a public warning to all illegal aliens in the city about the ICE raid, but ICE agents still managed to round up some illegal aliens with criminal records.

Another sanctuary city is Newark, New Jersey, where ICE agents just finished a five-day operation to round up and arrest a number of illegal aliens with criminal records, according to a report:

“The United States Immigration and Customs Enforcement (ICE) arrested 37 illegal aliens in Newark, New Jersey, during its latest five-day raid that ended last week, with about four out of five being criminal aliens – thanks mostly to the fact that the sanctuary city’s law enforcement lets them out of jail after refusing to honor ICE detainers.”

“This was the third Garden State sting in the last few months, with ICE taking a total of 187 illegals off the streets – about 80 percent of them turned out having criminal records.”

Personally, I hope to see a lot more reports like this. It’s about time someone starts enforcing our federal immigration laws. Instead of arresting just 37 illegals in 5 days, we need to see hundreds of arrests per day, until every illegal is arrested and held accountable for violating America’s immigration laws. Obama surely didn’t enforce those laws and now Trump is being blasted for doing what his oath of office requires him to do.