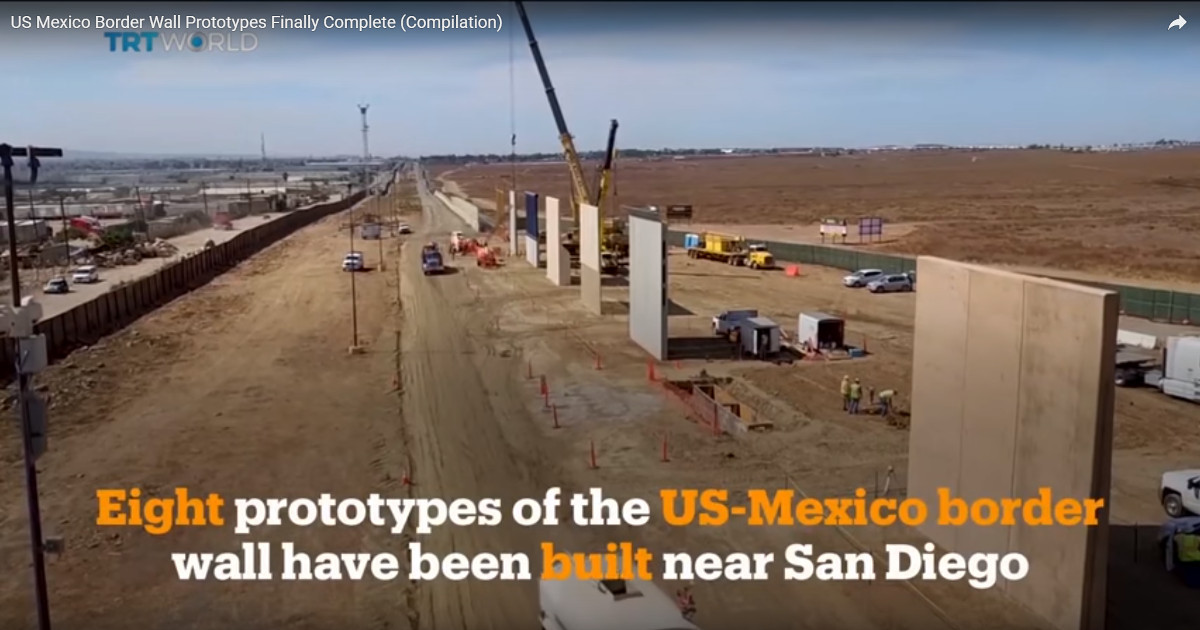 The US border with Mexico extends over 1900 miles. Some of it is along rivers, like the Rio Grande, some across miles of open desert and some along rugged hills and mountains. Currently, there is about 350 miles of primary fencing, 36 miles of secondary fencing and nearly 300 miles of vehicle barrier fencing, leaving over 1200 miles of border without a secure border wall.

Donald Trump made a campaign promise of building a border wall along the entire length of the US Mexico border and he’s been fighting to get $25 billion in funding to build the wall since his inauguration.

On Wednesday, the House passed a spending bill that allocates $5 billion towards the border wall and the White House is elated.

(The ((Anti-Trump)) Washington Times) – The White House on Wednesday backed a House spending bill that includes $5 billion to build a border wall, saying it will pay for another 200 miles of physical barrier on the border with Mexico.

The wall is the centerpiece of Mr. Trump’s effort to reduce rampant illegal immigration across the southern border. But the administration and Republicans in Congress have run into solid opposition for Democrats, who have been able to block most of an estimated $25 billion needed to build the wall…

The main reason Democrats have been so adamantly against a border wall and increasing border security is because they want to the illegal voter base that they have been accumulating. After all, some estimate that as many as 3 million illegal aliens voted in the 2016 election and most of them voted for Hillary. Considering she won the popular vote by less than 2 million votes, that illegal alien voter base is critical if Democrats hope to win in the future.